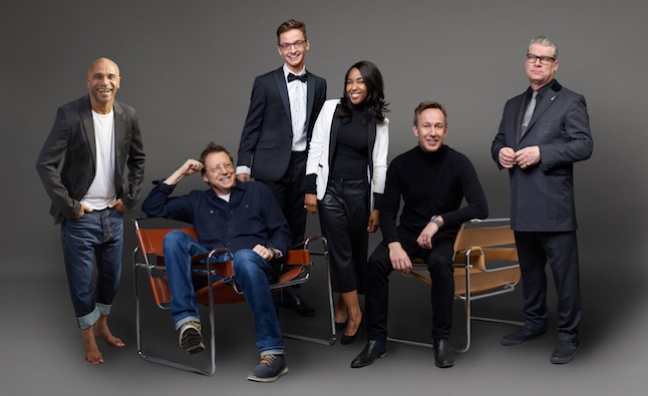 Former BBC Radio 2 presenter Simon Mayo is among the big names signed up by Bauer Media for a new classical entertainment station.

Following the launch of Greatest Hits Radio, Bauer’s moved into classical with the announcement of Scala Radio. It will be available on March 4 via DAB and online.

The company said it was the biggest launch in UK classical music radio in nearly 30 years – a nod to rival group Global’s long-running Classic FM.

Following the return of the Classic BRITs and the surge in classical sales, Bauer Media has noted the “explosive growth in the genre”.

The new network will have an informal, accessible tone. Mayo will host a mid-morning entertainment show with classical confessions – a twist on his Radio 2 show. Other presenters include Angellica Bell, Chris Rogers and Mark Kermode, who will share his love of film scores.

Goldie and William Orbit will launch also their own series. Goldie’s Classic Life will feature classical music mixes, alongside a narration of his own journey into classical music. William Orbit in The Space will be a curation of artists, unusual pieces and new composers, mixed with classical versions of songs from other genres.

Teenage composer Jack Pepper is also part of the line-up, along with Charles Nove, Mark Forrest, Sam Hughes and Jamie Crick. The station will feature a weekly show that celebrates the best orchestral video game music

Mayo said: “There are hundreds of radio stations playing rock and pop, and only two classical music stations - until now. We’re different because we’re going all out to entertain, laugh with the listeners, and have a good time. Some of it will be familiar, some new and exciting but all timeless, beautiful and all absolutely relevant to today”.

Steve Parkinson, Bauer Group MD, national radio, said: “We are launching new radio brands at great velocity and we believe that Scala is the most exciting new personality-led radio station launch in years. The mix of music, personality and conversation will make it both intriguing and completely unique. We’ve completely re-imagined a format and designed it to appeal to a modern audience. This will be the very best in classical music for today, and we cannot wait to collaborate with musicians and the music industry and fresh and diverse presenters to bring it to life.”

Bauer Media said the network will play familiar masters from Mozart and Holst to new works from living composers such as Karl Jenkins, Rebecca Dale, Alexis Ffrench, Thom Yorke and Jonny Greenwood. Rising stars such as Sheku Kanneh-Mason will also be a fixture.

The sound of the station has been created with modern bespoke scores recorded by The City of Prague Philharmonic.