Sync again: Five of the best from the 2018 Music Week Sync Awards 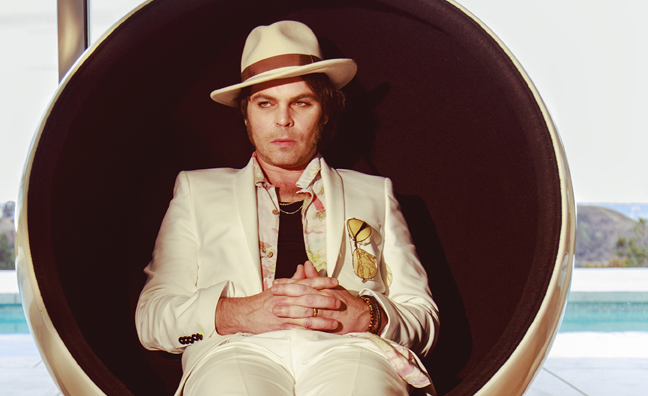 Another Music Week Sync Awards is in the books and it was a night to remember, as the cream of the industry gathered to reflect on the high points of the last 12 months.

Held last night at London’s Grand Connaught Rooms, the fifth edition of the awards was hosted by comic Tom Ward and saw 23 trophies awarded in recognition of the labels, publishers, supervisors and executives. A full list of winners can be viewed here.

Former Supergrass singer Gaz Coombes triumphed in the Sync Of The Year and Best Sync - TV Show categories for his solo track 20/20, which featured in BT Sport's coverage of the Champions League Final. Rising star Tom Walker won out in the hotly-contested Sync Artist Of The Year category, while there were also triumphs for Universal Globe, Warner/Chappell, PIAS, Downtown Music Publishing and BBC Music Copyright.

Here, Music Week looks back at some of the highlights from the sync sector's big night out...

If you’re hosting the Music Week Sync Awards, you need to be funny and you need to know your music. So Tom Ward was an inspired choice to kick off proceedings with a sharp and spontaneous routine that had just a touch of a blue material. Sporting a Beatles-style mop-top and double-breasted jacket, Ward was amusing before he even uttered a word. Soon, the gags were coming thick and fast, as well as repeated blasts of his favourite Prince moments, a rendition of Cher’s Believe, a recreation of Peter Gabriel’s Sledgehammer video and the perfect description of the Portishead catalogue (“Music for when you’re having sex with someone you don’t trust”). But he really hit his stride with a routine about Later… With Jools Holland: “He’s getting more weird every year, he’s getting more and more vague.” And it seemed like Ward enjoyed the awards as much as the audience. “I do a lot of corporate gigs and this is a cool gig,” he said. So maybe he’ll be back for more…

A strong contender in the Best Sync - TV Trailer category, the powerful pairing of Radiohead and Hans Zimmer on (Ocean) Bloom ensured victory for the BBC's Blue Planet II trailer. Yet Russell Emanuel, co-founder and chief creative of composer collective Bleeding Fingers Music, still seemed surprised to be collecting the award. "I was not expecting that," he said. "I stayed three extra days because of this event and I'm completely out of underwear." Despite the urgent situation with his laundry, Emanuel was humble in victory: "I feel a complete fraud as a producer on this because you've got the most beautiful natural history TV show in the world, Hans Zimmer and Radiohead - try and fuck that up!"

Warner Music's Jen Moss raised a chuckle when picking up her Sync Award for Music Supervisor - Film by channelling Sally Field's infamous 'You like me, you really really like me’ Oscar speech at last night's ceremony. Moss had earned her moment in the sun for her work on productions includng the Academy Award-winning I, Tonya (which was pipped by You Were Never Really Here for the Overall Film Soundtrack prize. Moss was given a run for her money in the speech stakes by Music Supervisor - TV winner Amelia Hartley of Endemol Shine UK, who has worked on shows such as Peaky Blinders and Black Mirror. "I'm starting to regret choosing Here Comes The Hotstepper as my walk-on music," she quipped, after striding to the stage to the 1994 hit.

The irony of Gaz Coombes' double win for 20/20 is that a large section of the TV audience will have missed it. The track was used to close BT Sport's coverage of the 2018 Champions League Final between Real Madrid and Liverpool. Having seen their team lose 3-1, many fans of the English side will have turned off before the climactic video package was broadcast. It was a fact not lost on the BT Sport team, who joked they would "send a link", while hailing the former Supergrass frontman (pictured) as one of our most underrated songwriting talents.

Music supervisor Matt Biffa enjoyed a breathless 20 minutes at the Music Week Sync Awards thanks to the viral success of Netflix drama The End Of The F***ing World. After picking up his first gong for a Bernadette Carol sync, he zipped backstage to spill the beans on the project, only to be called back out front to collect another award, this time in recognition of the series' soundtrack, which featured numerous crate-digging syncs and an original score from the "very creative" Graham Coxon. "I just spoke gibberish on stage," the elated Biffa confided. "I didn't think we'd win!" But win he did, and his peers were keen to lay the congratulations on thick. He was still trying to catch his breath on the way out hours later, "I'd read Music Week religiously when I was trying to get a job, back in the 11th century," he said. "So to win tonight really means everything." Biffa's busy evening reflected the pull of the show, a brilliant and constantly surprising series that intrigued at every turn. He may not have anticipated a busy evening but, in the end, he was quite mistaken. The end of the world looks like being the start of something huge.