The Greatest Albums Of The Decade Part 1: As picked by Noel Gallagher, Annie Mac, Merck Mercuriadis, DJ Premier and more 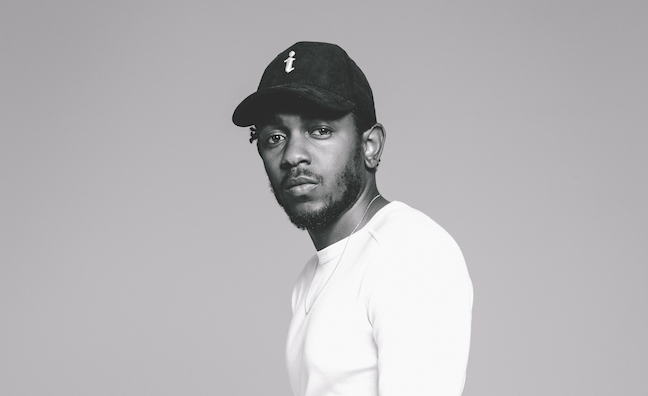 As the decade comes to the close, it’s only fitting that Music Week puts the question everyone is talking about to the biz: what was the best album of the past 10 years? We asked. You, the music industry, responded…

ARCTIC MONKEYS
AM (2013)
(DOMINO)
“It's a fucking masterpiece, from beginning to end. It's not often an album comes around like this that is so smooth, slick and confident while the songwriting and the lyricism is untouchable. I'm such a huge fan of the band anyway, but I so I was interested in this when it came out. It was 2013 and it's an album that I still go to and still enjoy.”
Annie Mac (broadcaster/DJ/event curator)

FATHER JOHN MISTY
PURE COMEDY (2017)
(BELLA UNION)
“It’s a beautiful record, first of all. He put it out right when Trump got into office I'm surprised it wasn't bigger. I really am. I think it's a masterpiece. I am a huge fan. We actually did a festival with him and I bought a bouquet of flowers and brought them to him. Part of his character is to be this sort of like Tom Waits Whiskey-swigging thinker, a Bukowski meets Waits kind of guy. I brought him the bouquet of flowers and said, ‘Dude, your album is a fucking masterpiece!’ He hugged me and said: ‘I know, I know.’ I then said: ‘I heard you recorded the vocals live with the band…’ And he goes: ‘Well, if you're a good singer you can do that!’ I was just like, ‘You’re the best. I love you.’”
Taylor Hawkins (drums, Foo Fighters)

KENDRICK LAMAR
GOOD KID, M.A.A.D. CITY (2012)
(AFTERMATH/INTERSCOPE)
“I heard Poetic Justice, Bitch Don’t Kill My Vibe and Swimming Pools (Drank), it was the best thing I’d heard in a long time. I said to myself, ‘This is the most creative musicality you’ve ever heard from a rapper’. I know he sits there and does a lot of that himself. He’s the most amazing person. One thing about Kendrick I love, is he manages the balance really well. He’ll be super creative and lyrical, but also jumps on features where he brings what he does to a mass pop hit. He’s so important for us to keep hold of what rap is, but also learn how you can combine that with where rap’s going.”
Camille ‘Kamille’ Purcell (songwriter/producer/artist)

FAITH NO MORE
SOL INVICTUS (2015)
(IPECAC)
“I have loved this band since seeing them in Manchester in 1989 whilst I was at uni. Mike Patton is somewhat of a looming, ominous yet charming presence – definitely an enigma. For them to come back with an album of this level (and play an outstanding set of live dates too) can only be applauded. There is a certain uncomfortable majestic-ness about this album, which I can only describe as the musical version of staring at the sun. Fascinating, engaging and has endless depth.”
Julie Weir (label head, Music For Nations)

NAS
LIFE IS GOOD (2012)
(DEF JAM)
“It was his best album for a while, it was more consistent as to what we like from a Nas album. Some of them started to slip through the cracks as far as consistency – just as a fan you know, and I've told him this even directly when we talked – but this one, he even said, ‘This is a Here, My Dear – like Marvin Gaye in hip-hop form.’ It was well done.”
DJ Premier (artist)

KATE BUSH
BEFORE THE DAWN (2016)
(FISH PEOPLE)
“It was astounding to me that I got to see her at Hammersmith Apollo. I was blown away, that was on my bucket list and I never thought it would actually happen that I would ever, ever get to see Kate Bush. I think the last time she’d performed was the year after I was born. I love lots of female artists who have been inspired by Kate Bush so she was always top of my list over the decades. The gig was just such an amazing experience and magical and something I never thought I would experience. So I listen to the live album over and over and it’s really beautiful. The music from Aerial is my favourite bit. The band are incredible and it’s a real knockout. I’ll probably go and listen to it now…”
Vanessa Bakewell (Client partner, film & TV, Facebook)

THE 1975
I LIKE IT WHEN YOU SLEEP, FOR YOU ARE SO BEAUTIFUL YET SO UNAWARE OF IT (2016)(DIRTY HIT/POLYDOR)
"Industry-wise I am seen as all things black music. I loved this album. My heroes from black music are all in here but it doesn't rip them off. Gorgeous melodies, lovely lyrics and the sonics are nuts. Yeah this album is me – and I love black music! LOL. Go figure!"
Kwame Kwaten (MD, Ferocious Talent/Vice-chair, Music Managers Forum)

DAFT PUNK
RANDOM ACCESS MEMORIES (2013)
(COLUMBIA)
"For me in a decade that gave us My Beautiful Dark Twisted Fantasy, To Pimp A Butterfly, Lemonade, Blond and many other wonderful records, the Album Of The Decade must be Random Access Memories by Daft Punk. I am of course biased – three songs were co-written by Nile [Rodgers], including Get Lucky – but this is a seminal album with some of the finest songs and playing of the decade."
Merck Mercuriadis (Founder, Hipgnosis Songs)

LCD SOUNDSYSTEM
THIS IS HAPPENING (2010)
(PARLOPHONE)
"Whie I've always loved the band, this album was probably the most consistent of all their releases. In my opinion this is James Murphy at his finest, showing him to be one of the true talents of his era."
Richard Davies (Founder, Twickets)

A$AP ROCKY
LIVE. LOVE. ASAP (2011)
(SELF-RELEASED)
“It just seemed really exciting and fresh. To me Clams’ production was really, really inspiring and still is. It was just one of those things where everything from the visual aesthetic of what they were doing with his look, to the fact that he was from New York but had a ‘new sound’ and his new, younger mentality seemed really exciting to me.”
DJ Shadow (artist/producer)

LONDON GRAMMAR
IF YOU WAIT (2013)
(METAL & DUST/MINISTRY OF SOUND)
“Oh wow, this is so hard! In terms of my own career, it would have to be this. It was such an incredible piece of work from a band so young, and an important milestone in my career and those of my colleagues at Ministry Of Sound at the time.”
Nicola Spokes (UK label head, Caroline International)

LAURA MARLING
I SPEAK BECAUSE I CAN (2010)
(VIRGIN)
"A coming of age album that revealed a truly great new artist of our age. Containing lyrical depth that was staggering for her years – she was still a teenager when writing these songs! – there are melodies to die for, beautifully sung and superbly offset by Ethan John's stunningly, understated production."
Jeremy Lascelles (CEO, Blue Raincoat)

JAMES
LA PETITE MORT (2014)/GIRL AT THE END OF THE WORLD (2016)/LIVING IN EXTRAORDINARY TIMES (2018)
(BMG CHRYSALIS)
"My album of the decade is in fact a trilogy of albums by James, the most underrated rock band in the UK today. They have never stopped writing great anthems."
John Giddings (MD, Solo Agency)

VILLAGERS
BECOMING A JACKAL (2010)
(DOMINO)
“This is one of the most beautiful albums I’ve ever heard.  Conor O’Brien is a wonder!”
Colleen Maloney (director of communications, Domino)

ED SHEERAN
÷ (2011)
(ASYLUM/ATLANTIC)
“He is just so phenomenally talented. He was IFPI Global Artist 2017 and I had the pleasure of presenting him the award.”
Frances Moore (CEO, IFPI)

J COLE
BORN SINNER (2013)
(BYSTORM)
“Yo, that ting was proper. At that time, we were in college, I was so into music and so into J Cole, Drake, Big Sean, Kendrick Lamar. It was a time where they were battling to be the guy. With Villuminati, andPower Trip (which featires Miguel) There are bangers on there! No skips, start to finish back to front.”
Bugsey (Young T & Bugsey)

FRANK OCEAN
CHANNEL ORANGE (2012)
(DEF JAM)
“I discovered this album at a point where I was quite young and slightly confused. I was 13/14, I was discovering things about myself, making new friends so it reminds me of a time of self-acceptance and realising that I didn't want to fit into a mould. That album was unlike anything I'd ever heard before. It was my first introduction to Earl Sweatshirt and the Odd Future crew too, which was very formative for me. It was a gateway into all the music that I love now. Frank’s lyrics are unparalleled in being strange and unique. That really pushed me lyrically. It’s very special.”
Arlo Parks (artist)

ALABAMA SHAKES
SOUND & COLOR (2015)
(ROUGH TRADE)
“Debut albums have a certain magic around them. But an artist’s second album defines whether they’re destined for greatness, or whether the debut was a bit of a fluke. So I normally approach second albums with a little bit of hesitancy, but I just think this is a marvellous record. It’s got moments of sheer exuberant rock, beautiful soul, real tenderness. The overall sound of the record created by the producer Blake Mills is fantastic – at the right volume it sounds like you’re in the room. That’s hugely important with a record like that. Brittany Howard is an incredible talent, but as a band they’re also incredible.”
Mark Mitchell (Co-president, Parlophone)

JAMES BLAKE
ASSUME FORM (2019)
(POLYDOR)
“I am really obsessed with James Blake’s Assume Form, which has been nominated for a Grammy. It’s such an interesting range of instrumentation. It can feel like you’re listening to a neo-classical piece sometimes, but then his incredible voice comes in and it shifts the piece away from that. He’s also got fantastic electronics and brilliant featured artists and rappers on there. I also love the way it’s all about being very content and happy in a long-term relationship. There’s not a lot of albums that talk about that.”
Harriet Moss (MD, Manners McDade)

MICHAEL KIWANUKA
LOVE & HATE (2015)
(POLYDOR)
“I looked to signing Michael back in 2011. I’m a huge fan of his voice and his music. I just felt that he really hit the soul and emotional resonance on this record. It’s just one that I keep going back to. Michael and his producer/collaborator Inflo have created an incredible artistic statement that is timeless. It’s one of those records that sat beautifully in the time it came out, but it will still sound as important in 20 years. I think he’s actually made a classic record.”
Nick Burgess (Co-president, Parlophone)

BRUNO MARS
24K MAGIC (2016)
(ATLANTIC)
“It’s the production and the new age of songwriting that Bruno brought to that record. The combination of those two things are just incredible. It’s definitely an album I’ve still been listening to over the years. And it’s got about four or five hits on it.”
Jonas Blue (DJ/producer)