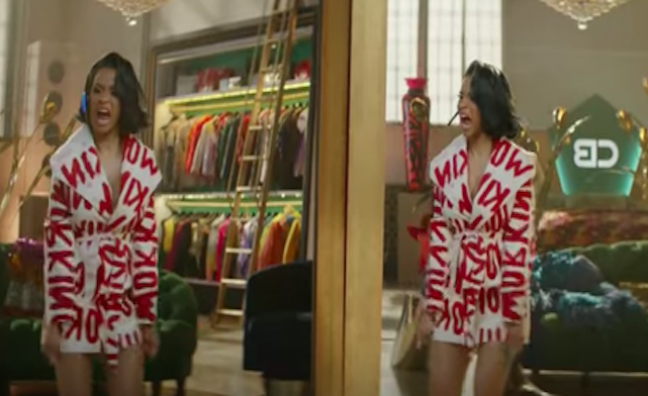 With last year seeing a captive audience of 111.3 million people – and lot of very expensive commercial air time to fill – it is almost preordained that the timeline of the Super Bowl will sprout viral ads and memes every 30 seconds or so. And, as with all things in life, music has a very important role in this.

With Justin Timberlake focussing on getting the next chapter of his solo career off the ground during the half-time show, it falls to publishers to get properly 'N Sync, so to speak. It is all about marrying big adverts with, arguably, even bigger songs.

As you can read here, the licensing fees for use of a song are comfortably six figures in dollars and could go up to $750,000 (£531,000) and, increasingly, we see them before ahead of the event itself. Here Music Week looks through some of this year’s best musical moments…

The genius of this ad is that it boasts not one, not two, but three powerful hook-ups. First, there's two brands (Mountain Dew and Doritos) toting two products with extreme (opposing) temperatures going head to head. And how better to visualise that tha by getting two acting legends, Peter Dinklage and Morgan Freeman, to face off in a lip-sync rap battle? The icing on the cake, of course, is that Dinklage is being coached by Busta Rhymes while Freeman receives encouragement from Missy Elliott. Oh, and did we mention that Busta and Elliott have also recorded a new song together? Everyone wins here. Whoever came up with it should take the year off.

The most widely-discussed ad released ahead of the Super Bowl, the clever concept of Amazon's Alexa losing her voice and being replaced by a host of celebrity back-ups was already a winner. With Gordon Ramsay, Anthony Hopkins and Amazon founder Jeff Bezos all putting in an appearance, the clip was on over 18 million views on YouTube long before the Super Bowl even kicked off. But best of all? One of hip-hop's most lauded new voices Cardi B delivering a snippet of 2017's unstoppable hit Bodak Yellow.

To promote their new LS500 and the upcoming Black Panther movie, Lexus recruited Chadwick Boseman - in Black Panther mode - to drive around the streets of LA in an adrenaline-fuelled clip scored by critically accliamed hip-hop duo Run The Jewels, who also made waves last year with their work on the Baby Driver soundtrack. It will be interesting to see if the ad's accompanying song, Legend Has It (from RTJ's 2016 self-titled album), sees a big spike.

4. Budweiser – Stand By You (Skylar Grey)

A far cry from its Wasssssssup days, Budweiser’s Super Bowl ad was made to show the brewery stopping production on the beer to instead supply water to disaster stricken areas, all set to a Skylar Grey’s delicate and haunting cover of Stand By Me. No, you’re crying.

Monster Products' inauguaral Super Bowl trailer - inspired by their CEO Noel Lee's life - was given a boast by Iggy Azalea's new song Savior (Feat. Quavo). And maybe Azalea got a boost too. After her comeback album Digital Distortion failed to materialise last year following mixed receptions to her single Mo' Bounce, this is the perfect opportunity for Azalea to re-present herself to the world in the most high profile fashion imaginable - especially with Savior seeing her set aside rapping for singing this time around.