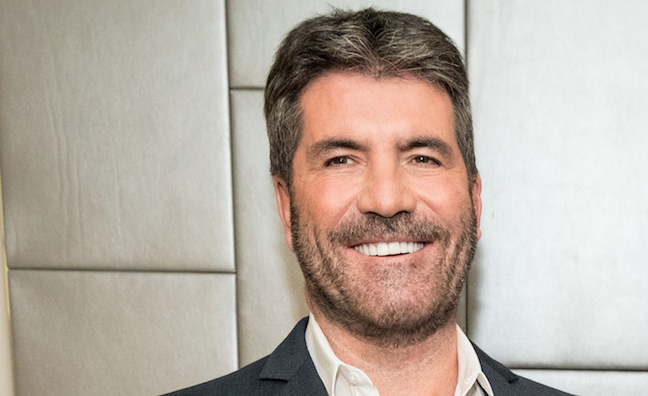 Simon Cowell has backed judges Louis Tomlinson and the husband and wife duo of Robbie Williams and Ayda Field to "bring a whole new energy" to The X Factor, with auditions for its 15th series set to commence today (July 18).

The trio will join Cowell on the judging panel for the ITV show, succeeding Louis Walsh, Nicole Scherzinger and Sharon Osbourne (Osbourne will return as an "impartial judge" for the live broadcasts).

"I got to know Robbie and Ayda as friends," said Cowell during yesterday's press conference at London's Somerset House. "We have tried to get Robbie on every show we've ever made I think for 18 years.

"Louis [Tomlinson], I have been trying to get on these shows for years. The whole idea this year was to make this an optimistic panel. The three of them are going to bring a whole new energy and, importantly they're excited."

Williams joked there were "millions, literally millions of reasons" he had agreed to join the show, adding: "I've done tour-promo, tour-promo, for nearly 30 years. I did five albums with Take That and 12 albums of my own and now it's time to branch out and start something different and this is the perfect opportunity and perfect vehicle to do it.

"I've wanted to do this show for a long time but it's never been right for me until now."

Field's appointment is seen as somewhat controversial given her lack of formal music industry experience, but the actress defended her suitability for the role.

"I have a huge amount of empathy for the process," she said. "I know what it takes from creating songs, to putting them out there, to promoing live shows. And I'm a member of the general public, which I love because this is about the general public. I'm excited to be the underdog and show the boys how it's done."

On Williams, she added: "The fact that we get to work together and against each other is very intriguing."

Tomlinson, who finished third in the 2010 series as part of One Direction, said his role would not impact on his release schedule.

"It just made a lot of sense," he said. "I've always been really interested in development and the fact that I'm from a small town and now I'm in a position where I can grant opportunity to other people is really exciting for me. Obviously I've been on the show and I can empathise and understand with people in that situation."

Cowell paid tribute to the programme's longest-serving judge Louis Walsh, who has left the show to focus on his work as a manager.

"We wouldn't be sitting here, if I'm being honest with you, without Louis," he said. "Louis has been brilliant for the show, we just got to a point where I said at some point you've got to make a change."

The Syco boss also defended The X Factor's ratings, which reportedly dipped below five million during the 2017 series.

"It's very complicated in this day and age with catch-up and blah blah blah," he said. "The truth is... We get about 9-9.5 million watching X Factor every week.

"Like the World Cup proved, if you've got something people are excited about, people watch TV."

Cowell also confirmed that he had another programme in the works.

"Very soon we're going to be announcing another show, which you're going to see just how much trust we do have in the public.

"This is not a science, this is all about gut feeling and there's something in the air. Maybe it's what happened recently in the World Cup, you just saw this euphoria in the country and that's what I think these shows really should be all about: Someone who needs an opportunity, gets a shot, makes the most of it and everybody feels good about it."