"This is ripe for the BBC's audience": Inside the CMA Awards 2019 with CEO Sarah Trahern 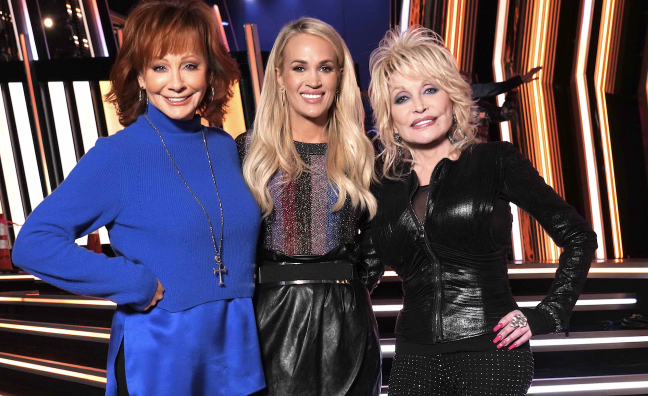 Today (November 13), The CMA Awards 2019 returns to Bridgestone Arena in Nashville, with the event set to draw some of the biggest artists and execs in the business.

While The CMA Awards 2019 will be broadcast live from Bridgestone Arena on the ABC Television Network, this year will see an even greater level of global expansion with the BBC also onboard to broadcast coverage.

In a recent issue of Music Week, Country Music Association CEO Sarah Trahern said: “Through CMA’s long-standing partnership with BBC TV and radio, we’ve been able to garner unparalleled support for country music. Telecasting in the UK gives us the ability to reach more of our passionate fans and showcase the extraordinary talent in the genre.”

As part of the BBC Country Music season, Patrick Kielty will be in Nashville presenting highlights on BBC Radio 2, which has been covering the awards since 1996. BBC Four will be broadcasting highlights from the awards in the days after the event.

Here, in an unread extract of Music Week’s recent interview with Trahern, she tells us more about what to expect and how their partnership with BBC could help country music in the UK and beyond...

How will this year's awards presenters and performers extend the reach of the event in the UK?

“We are particularly excited about celebrating the legendary women in Country Music this year, led by longtime host Carrie Underwood and special guest hosts Reba McEntire and Dolly Parton. All three of these women have incredible international followings and are committed to expanding that reach. As is past practice for CMA Awards, we also anticipate many cross-genre collaborations, which is ripe for the BBC audience. This kind of collaboration fosters a more universal show that is less driven by singular format.”

Do you also expect to see significant social media engagement in UK, and will UK labels for relevant artists be supporting and promoting the awards?

“Our hope is that UK fans will be active and engaged on social media when they follow them online for the Nashville ceremony and also throughout the BBC awards coverage. While time zones make it difficult to fully measure against engagement here in the US, we certainly hope to see significant buzz around the event. We anticipate label teams in the UK will be supporting and promoting the awards. While we’ve been measuring streams and sales we notice that key TV, live and media moments in the UK do drive consumption of the music.”

How important is BBC Radio 2 in terms of supporting country music? And what is your take on the new commercial radio stations in UK dedicated to country?

“Radio 2 has long been a supporter of Country Music and CMA. From their specials around CMA Fest in the summer to supporting Country artists on UK playlists, and Bob Harris’ weekly show, they have helped propel Country forward in an amazing way. Seeing Bauer Media’s Country Hits Radio already reaching over 240,000 weekly listeners since launching in April is very encouraging. With Downtown Radio, and Chris Country’s dedicated support over the years, and now Global’s Smooth Country changing from an online station to a DAB station, it’s a great indication of not only the audience growth but also the media interest in the genre.”

How big a role has C2C Festival played in raising profile of country in UK?

“We have been involved with C2C for the eight years since they launched and the feedback we get on the event and its reach continues to grow. During the early years, it was a sell to convince artists to participate, and now, thanks to the passionate and knowledgeable fans, the reputation and reach of the festival has grown with each year, and artists are eager to join in. The impact of C2C in tandem with the support of BBC Radio 2 has been significant in raising the profile of contemporary Country Music in the UK.”

What activity does CMA have planned in UK?

“We just wrapped our fall Introducing Nashville tour, which featured Nashville artists Danielle Bradbery, Devin Dawson, Travis Denning, Walker Hayes and Rachel Wammack and included local artists opening up the shows. The group visited 10 cities across Europe and the UK, selling out a number of these shows. We have a very active CMA industry task force made up of top Country industry members in the UK, focused on creating and maintaining a high profile for both US and UK artists. In addition to providing networking and live opportunities for UK acts at CMA Fest in Nashville, we are currently developing more tactics of how we can provide continued support for UK artists within our network in the UK.”

Finally, has Lil Nas X opened up a wider audience to country?

“Any time an artist from outside the genre has a multiple-week No.1 song, like Lil Nas X and Billy Ray Cyrus, it increases the worldwide profile. That kind of success in the genre is exciting to see and contributed to their CMA Awards nomination for Musical Event of the Year.”