"This is the most excited I've been in 20 years": Trevor Nelson on the BBC Radio 2 revolution 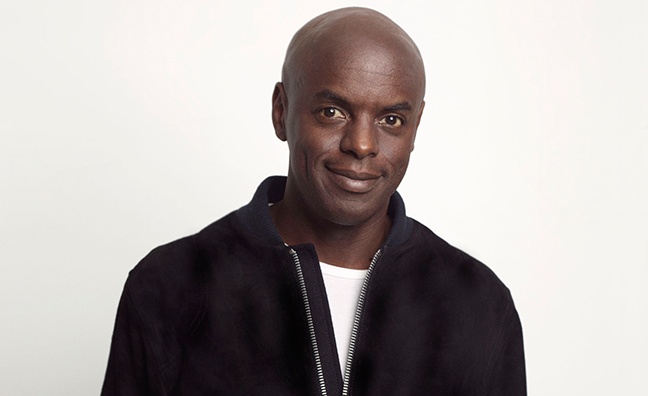 Another key part of the new BBC Radio 2 schedule comes via Trevor Nelson. Having previously presented his Rhythm Nation on Saturday nights (8pm-10pm), he is now on air four night a week, appearing Monday - Thursday night from 10pm-midnight.

In our interview, he discusses how he has adjusted to taking his show to four night a week, the artists he’s looking to support along the way (including Jorja Smith, HER and Daniel Caesar) and how he picks the music he’ll play.

Here, in a previously unread extract of the interview, Nelson tells Music Week about his take on the strengths of Radio 2 – and radio in general – in the streaming age…

We’ve seen a lot of changes across various radio stations in recent months. How do you think BBC Radio 2 are staying competitive – what makes it stand out on the airwaves?
Trevor Nelson: “I think Radio 2 has a uniqueness about it. It’s taken me a long time to work it out, to look at it and understand it in terms of the uniqueness it offers its audience. There is no doubt a BBC bias with some listeners who just love the Beeb and expect it to deliver something for them at every stage of their lives. Those people have to be driven away from the Beeb to try other stations a lot of the time. I mean it’s pretty much an A-List of who’s who on that station, it is quite extraordinary the talent that they have. And the amount of people waiting in the wings to join. It’s very obvious that the love for that station is different. I was on Radio 1 for many years, and we were always highly, highly scrutinised all the time in the press and in the media. The media took pops at us on a weekly basis. Part of the reason I thought was they didn’t understand what we had to do to reflect new music. It’s never going to be easy to do that. With Radio 2, it’s cosy, the log fire’s burning, you’ve got your cup of cocoa out, you’re in your comfort zone, and you’re putting on a very familiar voice and a very familiar tune. That is a completely different dynamic, to go from Radio 1 to Radio 2. I still feel like I’m one of the newbies there, and that tells you everything you need to know. I’ve been there 10 years!”

When’s that feeling going to finally go?
“I feel that it’s really good for me to feel like that, because I’m really excited. This is the most excited I’ve been for 20 years. The last thing was 1998 when I joined MTV.”

What’s unique about the R2 audience?
“It’s crazy, I recently came out of a store and the gentleman who owned it heard my voice and started talking to me. I’ve never been in a station where members of the public love to engage you about it. I’ve never known a station where the listener feels ownership of the station so much. It’s almost a way of life for some Radio 2 listeners. That’s the vibe I get from talking to people. I think they are the golden age of radio listeners, they’re the ones that give Radio 2 their core audience. They love radio, radio is still an important part of their lives. They’re always quick to tell me who their favourites are – it’s unbelievable! I never had that sort of thing at Radio 1."

Do you feel that streaming and radio are sharing an audience or are you both fighting for the same people's attention?
“I think we’re sharing. The people who are most proactive in music will stream. I know 50-year-olds who are massive streamers because they’ve discovered something that makes music really convenient for them, and they like to search themselves sometimes. But they still listen to radio. If they trust you, they will still listen to you. You can’t tell me that a Gilles Peterson audience doesn’t stream. If you’re proactive, you’ll stream. Young people in general stream because they all stream, don’t they? The core of our audience, especially the Radio 2 audience, love curation, love companionship. I listen to my radio in my car more than I play music. And I listen to a lot of talk radio, actually. I like the companionship. I’m very lucky, I’m from a generation that radio was massively important to. You look at all the younger stations, and I still see a really healthy audience, and the competition is still really good. So that’s kind of kicking that one into touch, saying that streaming is going to kill radio. I don’t even think it’s a question any more. What streaming has done is kill physical sales, yes. That’s what it’s done. And it’s probably changed the relationship between artists and their audience."