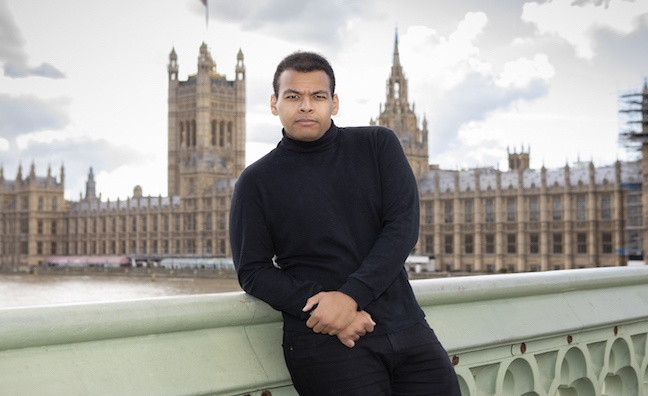 In case you haven’t noticed, there is a lot going on in the world right now. And, as if a global pandemic and Lockdown 2 weren’t enough, the spectre of Brexit is now looming on the horizon.

Yes, it’s still happening – with the UK’s transition period after exiting the European Union due to end on December 31. Pre-coronavirus, the biz’s most common complaint was that the government wasn’t giving it enough information about how it will have to do business from January 1. Amidst the chaos of the pandemic, not much has changed.

The good news is, new UK Music chief executive Jamie Njoku-Goodwin is on the case. In an exclusive interview, he recently told Music Week that Brexit was second only to dealing with the fallout from Covid-19 on his priority list.

“There’s a whole load of uncertainty,” he said. “When it comes to Brexit, it was always sold as a prospect that had a lot of risks but a lot of opportunities. What I want to do at UK Music is to do everything we can to mitigate those risks, guard against them and make sure any of the negative impacts of Brexit don’t impact the music industry. And, at the same time, make sure we’re seizing any of the opportunities that come through.

“A lot of the narrative around Brexit has been about making the UK an independent free globally trading nation that can be exported to different markets and countries,” he added. “The music industry did that long before Brexit and I want it to be doing it long after Brexit.”

If the government wants the music industry to fly the flag for Britain abroad, there are a number of things we need from them

Njoku-Goodwin said the government should be looking at music as a key British export.

“There is a truly global demand for UK music and the music industry,” he said. “Every country wants and consumes British content. Across the EU and the world, there’s huge demand for British music and content and we’re making sure that we can seize any opportunities that come through in the next few years through trade deals.”

US President-Elect Joe Biden is known not to be a fan of Brexit, but Njoku-Goodwin was confident a US deal could still be done.

“When it comes to trade deals, they’re hard-nosed political negotiations and you often have lots of noise around them,” said the former government adviser. “Lots of things are said but, at the end of the day, trade deals are a negotiation based on what’s best for an industry and a country. Whether it’s copyright or exports, having a trade deal that can benefit the UK and the USA is good for both sides.”

And the CEO said he was still confident that there could be a ‘freedom of movement’ exemption for UK musicians wanting to tour in Europe.

“We’re continuing to make the case into government about the importance that, whatever Brexit deal we make, it still allows musicians to tour freely, and allows us to continue exporting,” he said. “A lot of the case for Brexit was founded on cutting red tape and bureaucracy, so we need to continue to make the case that we want to do this as freely as possible, and that it’s in the government’s interests.

“If the government wants the music industry to continue to fly the flag for Britain abroad, boost our exports and have those soft power benefits that we’ve had historically, then there are a number of things we need from government to be able to continue doing that. UK Music is continually making that case.”