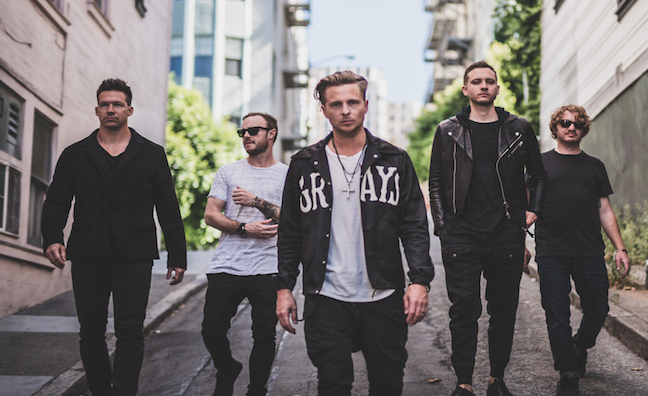 The video will premiere at Advertising Week, New York on September 27. The band’s new album is due for release on October 7.

The VR music video was made possible through a partnership between Universal Music, Interscope Records, OneRepublic and Nokia. Directed by Hal Kirkland and produced by Chris Milk’s VR studio Here Be Dragons, the video was shot with the Nokia OZO, the first professional VR camera available to purchase for content creators.

The VR experience will be made available exclusively on the Within app for fans to download or stream on their smartphone or VR headset at home.

“Virtual reality is something that’s incredibly interesting to us because it gives us the opportunity to engage fans in a new way,” said OPneRepublic’s Ryan Tedder. “We’re excited to be able to give our fans a way to step inside our music and live in our latest single.”

“We are thrilled to use OZO to bring fans closer to their favorite artists,” added Guido Voltolina, head of presence capture, OZO at Nokia. “Partnering with UMG, Interscope and OneRepublic is another example of how Nokia is pushing the VR industry forward and enabling content creators to imagine, create and share new immersive experiences to people around the world.”

Ty Roberts, chief technology officer of UMG, commented: “With OneRepublic and Nokia, Universal Music and Interscope are pushing the boundaries of what’s possible in virtual reality. As we continue to develop projects, music fans will become fully immersed in the music they love, whether that’s walking around a stage during a concert by their favorite artist or becoming part of the story in a music video. This cutting edge technology is opening up thrilling new opportunities for artistic expression that we have only begun to realise.”

“OneRepublic is paving the way with fully immersive virtual reality music videos,” added Mike Tunnicliffe, executive vice president and head of UMGB, U.S. “This is the first of hopefully many projects in partnership with Nokia, the leader in VR camera technology. As more artists engage with VR projects we will have more opportunities for our partners to be part of this exciting new way for fans to experience their favorite artists and music.”

The video will be available on the Within app and at OneRepublic.com from 12:01 AM EST September 27 before becoming widely available through other distributors including Oculus, Samsung VR and Littlstar, as well as Facebook 360 and YouTube 360.