'We really want to focus on breaking new UK talent': Inside the 1Xtra cultural revolution 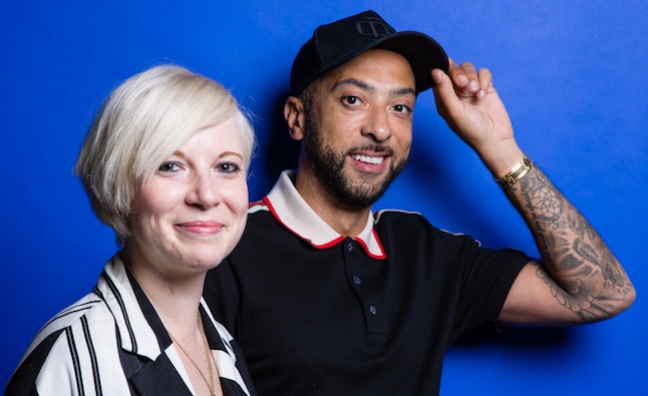 Speaking in the latest edition in a joint cover story with fellow station lead for music DJ Target, the pair open up about the ambitions for the network, which marked its 15th anniversary last year. It’s their first interview since the appointments in the summer.

The new era at 1Xtra was underlined today by the surprise departure of DJ Semtex after 15 years on the network.

“It’s time for me to say goodbye to BBC radio 1Xtra,” he wrote on Instagram. “I was the first DJ signed to 1Xtra. For the last 15 years, I’ve curated and played the best new music by the greatest artists, every Friday night. It’s been an amazing experience and I appreciate every single moment spent on air.”

Semtex continues in his other roles as director of artist development at Sony Music and Spotify, where he hosts the Who We Be podcast.

Its time for me to say goodbye to BBC radio 1xtra. I was the first DJ signed to 1xtra. For the last 15 years I’ve curated & played the best new music by the greatest artists, every Friday night. It’s been an amazing experience and I appreciate every sing… https://t.co/3O8xTgbKMS pic.twitter.com/iHX3EBGjcv

This weekend’s 1Xtra Live at The O2 (September 22) will be a celebration of the network’s success with artists including Stefflon Don, Kojo Funds, Jorja Smith, Mist, Yxng Bane  and Ella Mai. But Beaumont stressed that 1Xtra will continue to champion underground artists.

“We’re seeing a lot of our artists dominating the charts and obviously we still want to be part of that, because we’ve made a lot of those success stories happen,” said Beaumont. “But, at the same time we really want to focus on breaking new UK talent, that’s really important to us, being there from the grassroots levels and building artist relationships before they’re even signed. We want to be there and be a training ground for them and help them grow to the next level.”

1Xtra recently pledged to support drill music on the network, despite negative publicity in some media outlets.

Its early support for grime artists such as Stormzy, Bugzy Malone and Skepta as well as UK rap star J Hus has been reflected in a growing RAJAR audience for the digital network.

“We have real ambition for the station, we want to grow listenership and we’re in a really interesting phase with how black music and black culture have permeated the industry and [public] consciousness,” said Beaumont. “The music we play and have played for years has become more and more popular.”

While Beaumont started as a producer on the network a decade ago, DJ Target first joined 1Xtra in 2007 to present a new music show. He recently published a revealing memoir about his rise from pirate radio to a senior position in BBC broadcasting.

“Ten years ago I didn’t see this coming, aspiring to be on pirate radio was my thing,” he told Music Week. “When 1Xtra launched there wasn’t a station that supported the music, it wasn’t a time when the music that we support and play was breaking through to the mainstream. Now that it is, and it is so popular, I think people recognise that 1Xtra has played a massive part in getting the various cultures and scenes and genres to this point.”

To read the full interview pick up the latest issue of Music Week - or subscribers can click here. To subscribe and never miss a big industry story click here.