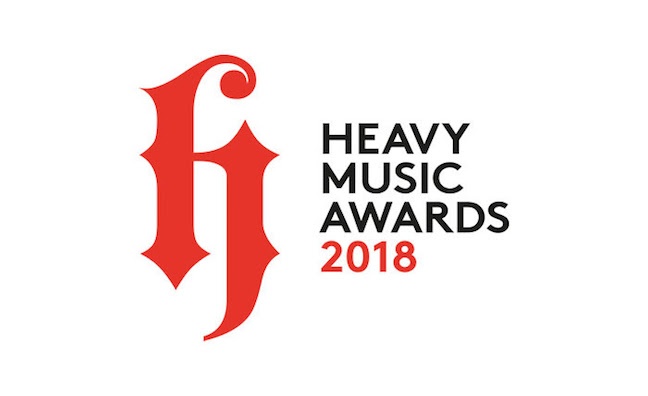 The second annual Heavy Music Awards will take place today (August 23) at London's KOKO and will feature performances from a host of bands. The public-voted awards event was conceived last year to celebrate rock and metal by the Heavy Group – a separate venture formed by co-organisers Dave Bradley and Andy Pritchard.

Architects and Black Sabbath were among the big winners at the 2017 ceremony, which received almost 100,000 votes from the general public.

With the event also set to feature live performances from The Fever 333, Milk Teeth, Black Peaks and Coldbones, it is set to be a memorable night for the side of the industry that likes things a little louder. Here, co-founder Andy Pritchard reveals to Music Week what’s in store for this year’s ceremony and how it can help rock bands…

In the wider music event calendar, what do the Heavy Music Awards awards represent?
Andy Pritchard: “It's something different, I think. It's an entirely independent awards event with no agenda other than to celebrate the artists and industry behind the heavy music scene, and with that independence comes the freedom to let the voting panel and general public decide who gets nominated and who wins. We're also keen to build a platform that is valuable from a philanthropic angle, aligning the brand with values we feel strongly about as individuals - we've very proud to have built partnerships with Love Music Hate Racism, Centrepoint, Safe Gigs For Women, Nordoff Robbins and War Child.The Heavy Music Awards represent our intention to be positive, to promote diversity and to champion those who deserve to be recognised.”

How do you reflect last year's inaugural ceremony and how has it grown in size this year?
“It has been a really exciting ride. We launched in March 2017, by the end of June we'd had 97,000 votes and in August we had a packed event at House of Vans London attended by some of the most highly respected artists and individuals in the heavy music world. This year, we've steamrollered that vote figure - totalling 131,000 - and seen the voting page shared by almost all the finalists - the likes of Metallica, Architects, Trivium, Parkway Drive and many more. We hope that is because these finalists are seeing that we're trying to do something positive, but regardless of their reasons it is very humbling to see the HMAs go from literally nothing at all to the social networks of some of the biggest bands in the world in 15 months. We're long enough in the tooth to know you can't please everyone but the reaction has been incredibly positive so we're very grateful.”

Are you trying anything new this time around?
“We've not made too much of a departure from last year's format but we have tightened up a lot. Koko is a great venue for an awards in that you can be engaged in what's happening on-stage from almost anywhere in the building. We have four explosive and eclectic bands who represent exciting aspects of the scene right now, and an afterparty hosted by Emo Night UK that will blow the roof off, and once again we have some world-class artists in attendance. It's going to be a fun night.”

We hope the HMAs act as a gateway for fans to discover more new music, and ultimately to follow through by buying tickets and merch

So, you have The Fever 333, Milk Teeth, Black Peaks and Coldbones playing – what potential do you see for the HMA’s not just as an awards show but a live event going forward?
“As long as the HMAs are celebrating talent and hard work in an honest way, we don't mind changing the format - ultimately it needs to be a fun night for the attendees and a valuable promotional tool for the winners and finalists. Having four amazing bands getting everyone dancing between the presentations keeps it interesting, whoever you're there to support. We're big advocates of the traditional show format being a place rock fans from all walks of life can congregrate without prejudice - and that is obviously part of the thinking behind the way the HMAs are set up currently. When we held our launch night for HMA18 in April, we were able to announce the finalists in a way that engaged directly with fans. We had three up-and-coming acts - Loathe, Milestones and Cold Years - and we got the chance to take the HMAs out of London for a free show at Gorilla in Manchester. We're proud to shout about our finalists, so it makes sense to us to make that announcement more than just a post on our website.”

Looking across the nominees this year – what portrait of rock music do you think it paints?
“Our voting panel includes the best part of 400 individuals from all corners of the industry and based in the UK and beyond, and with that many people throwing their nominations into the pot we're getting what we hope is a fair and realistic representation of the what could be fairly considered the best albums, bands, photographers, festivals and producers over the past year. When you look at the nominations and consider just how eclectic these bands are, you'd be hard pushed to argue that rock is not in a great place right now. To see Venom Prison, Waterparks and Mastodon picking up votes, and festivals that are growing like Arc Tan Gent, Bloodstock and Slam Dunk - it's very exciting, and it's paving the way for even more exciting artists to come through. Outside of the musicians themselves, we saw once again from our recent Young Photographer of the Year just how much emerging talent there is in that field, too. People of all ages and backgrounds are being empowered by the changing landscape in music to do some wonderfully adventurous things on and off stage, and the talent levels are sensational.”

A lot of execs and bands have told Music Week that it’s not an easy time to be a rock band in the age of streaming. What can exposure from the HMAs do for bands to help level the playing field?
“I think in heavy music, just as fans ourselves we're seeing festivals and tours evolving to accept the fact that the number of big ticket acts is diminishing, but there are so many acts putting out great music, you're seeing that a package of four smaller acts can still be well received and fill the bigger theatres, like the package Trivium took out recently including Code Orange, Venom Prison and Power Trip, and the one Bury Tomorrow have got coming in December. Social media is alive after a tour like that with fans following up on their new discoveries, it makes a genuine impact. In much the same way we hope the HMAs act as a gateway for fans to discover more new music, and ultimately to follow through by buying tickets and merch. When you have a band like Metallica sending their fans to our voting page that lists Knocked Loose, Sløtface and Employed To Serve, you'd like to think there will be at least a little bit of cross pollination. As we expand on our plans for the next few years, as people recognise the truly democratic system, there will be more and more value in making the shortlists, and that playing field will be full of rock and metal bands making great music and making a viable career out of it.”