'We've still got some tricks up our sleeves': BBC Radio honoured at MUSEXPO awards 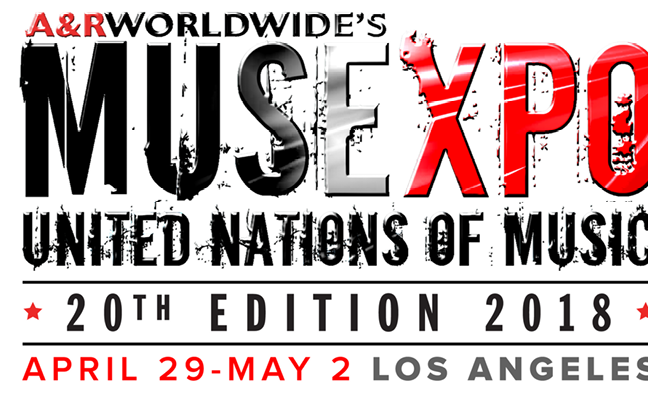 BBC Radio 1 and BBC Radio 2 were hailed as International Music Icons Of The Year as MUSEXPO 2018 wrapped up in Los Angeles.

The two stations were honoured for their contribution to the radio and music industries over the last 50 years, with BBC Radio & Music director Bob Shennan, BBC Radio 1/1Xtra/Asian Network controller Ben Cooper and BBC Radio 1/1Xtra head of music Chris Price all on hand to receive the award.

“This is a phenomenal honour and we feel quite humbled to be here representing the BBC and receiving this accolade,” said Shennan. “Fifty years does feel like a landmark for all of us. Radio 1 and Radio 2 are still providing the soundtrack to the lives of the adult population of the UK and they are still delivering huge audiences every week.

“These two stations alone are incredibly important in the creative culture of UK music,” he added. “The competition is greater than ever before and the technology changes exponentially, but we are absolutely on a mission to continue to inform and educate and entertain our audiences with brilliant content. We think there’s a really exciting audio landscape and BBC radio digitally is going to be right at the heart of that for many years to come.”

“Radio stations often talk about their listeners but actually our success comes from listening to our listeners,” he said. “We listen to what music they like and their changing tastes in music. We listen to what they are concerned about in their community. And we also listen to lots of things that are happening with technology.

“I am very optimistic about the radio industry and I’m very optimistic that by listening to our listeners we will make sure that we futureproof ourselves,” he added. “We’re in a changing and disruptive marketplace at the moment. A lot of people are obsessed with streaming. Streaming has certainly become the record store and your record collection and it definitely does want to become your radio station. But some of us have been doing this for 50 years and we’ve got some tricks still up our sleeves – and we believe we’ll be here for another 50 years.”

The stations have been celebrating 50 years on air since September 2017, including making an appearance on the Music Week cover. And Price – who praised the music industry for “breathing oxygen into what we do” – pinned Radio 1’s longevity down to its ability to reboot itself for new generations.

“Radio 1 is a bit like an artist,” he said. “The ones that have the longest careers are the ones who keep reinventing themselves, whether it’s David Bowie, Madonna or Coldplay. And what both Radio 1 and Radio 2 have done is keep reinventing and I hope we’ll continue to do that for another 50 years.”

It's been a good week for Radio 1 at awards ceremonies. Star presenter Annie Mac also picked up an award at last week's record-breaking Music Week Awards, where she was voted best Radio Show.

MUSEXPO has now wrapped after four days of panels and events. To catch up with Day 1, click here; for Day 2, click here; and for Day 3, click here. To read Music Week's recent interview with Shennan, click here.