'We want to grow the brand': Jason Iley on the future of the BRITs 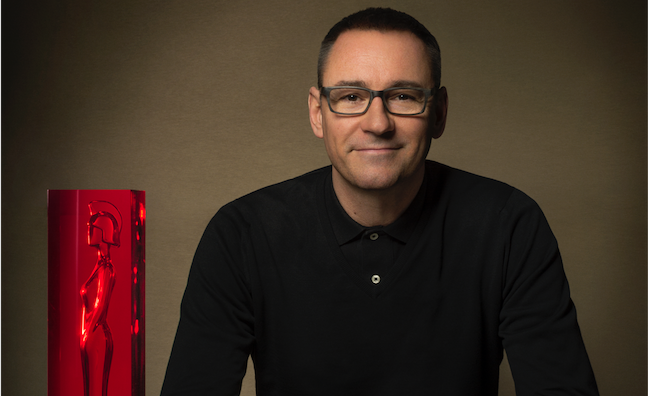 The hangovers are finally easing. The aftershow party venues have been deep cleaned. And the music biz is back at its desk after an epic BRIT Awards 2018.

And for BRITs chairman and Sony UK boss Jason Iley – who presided over this year’s show, which was generally well-received, if not a runaway ratings hit – thoughts are already turning to the 2019 ceremony, and how to grow the buzz around the industry’s biggest showcase still further.

He’s hoping to do that next time, in what will be his final year in charge of the ceremony, by taking a leaf out of the Grammys’ book. The US awards may have suffered this year after a backlash over the lack of female winners and Neil Portnow’s subsequent ill-considered comments, but it has successfully built other events around the main show and benefits from impressive brand and media awareness.

Speaking in Music Week’s special BRITs issue, Iley said a recent Music Week editorial on the subject had “resonated” with him.

“I would like other areas to embrace the BRITs in the same way companies like Spotify do in America [for the Grammys],” he said. “I’d like to see where we can broaden things out, make more of a London event of the show. Just to grow the brand and the identity. If I can start that process next year, that would be exciting and we can do that over the forthcoming years.”

“We’ve done really well with BRITs Week,” said Iley. “The War Child gigs this year are bigger and broader than they’ve ever been. We’re having a conversation about whether we have a BRITs exhibition. I’m not sure if that could be ready for 2019, but it certainly could be ready for 2020.”

Iley also said there could be opportunities to link the BRITs with fellow London events, the BAFTAs and London Fashion Week, which both happen at the same time of year.

“Collectively and individually it could have more of a light shone on it moving forward,” he said. “I’d like to see more unity between those three areas and certainly more amplification on the BRITs outside of just the show.”

Iley also revealed he hadn’t given up on his ambition – first revealed by Music Week in 2017 – to move the show to Saturday night.

“Personally, I would love the show to happen at the weekend,” he said. “The issue is, from an ITV perspective, you have a brand that has six million viewers, that they know they can have during the week, it’s an appointment to watch. They have that show during the week, it’s good for ITV. If you move the show to the weekend slot, they already have shows at the weekend that do six million viewers, so you’re having to swap one of those out. The BRITs sits well for them during the week. So I’d love to move, but I understand the point of view from ITV.”