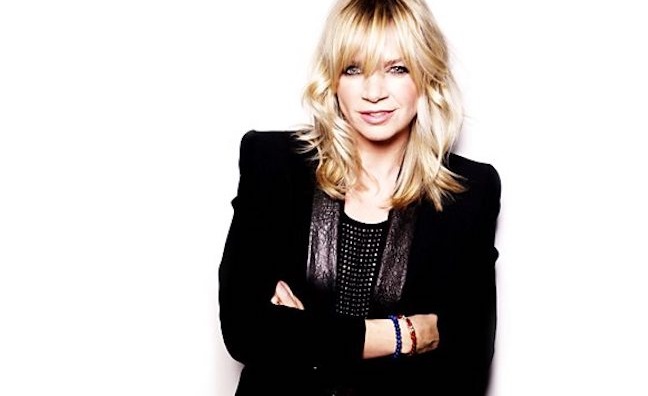 Zoe Ball has been named as the host of the BBC Radio 2 Breakfast Show from early next year. She is the first female presenter of the show.

Under current presenter Chris Evans, it is the UK’s - and possibly Europe’s - most listened to radio programme with a weekly audience of 9.04 million. After 13 years on Radio 2, Evans is joining digital-only station Virgin Radio from January 2019.

Ball is a former BBC Radio 1 Breakfast Show presenter and has filled in for Evans on Radio 2.

Ball said: "I'm absolutely thrilled to be following in the giant footsteps of Chris Evans as the host of the Radio 2 Breakfast Show. To be the first woman to present this very special show is both an honour and privilege. Believe me, I'm not underestimating the enormity of the task ahead, to follow not one but two of my broadcasting idols, into such a well-loved show is somewhat daunting but I hope, in the same way that Chris made this show his own after taking over from the wonderful Sir Terry Wogan, that with a top team alongside me, I can bring the fabulous Radio 2 audience a show they want to wake up to."

Lewis Carnie, head of Radio 2, said: “I’m delighted that Zoe is the new host of the Radio 2 Breakfast Show as she’s a hugely talented and much loved presenter who brings over 25 years broadcasting experience to the network. She’s already built a loyal audience via her Saturday afternoon show, and I know she’ll be a huge hit with the listeners.“

While Ball should be a safe pair of hands in the slot, Carnie has acknowledged that some sections of the audience don’t like change in the schedule. The pairing of Simon Mayo and Jo Whiley on Drivetime has not won over all listeners.

Ball has been has been a regular voice on Radio 2 since 2006, presenting various documentaries and providing holiday cover for Evans, Ken Bruce and Dermot O Leary. Since March 2017, she has been the host of the Saturday afternoon show (3-6pm).

Bob Shennan, director, BBC Radio and Music (and former Radio 2 controller), said: “The Radio 2 Breakfast Show is arguably the most coveted job in UK radio with a long and illustrious history, and I’m thrilled that the baton is now passing to Zoe, who I know will make the show her very own.”