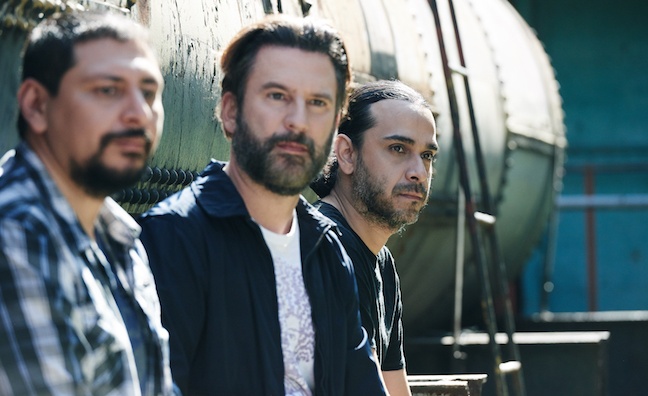 El Salvador blues rockers Steady Rollin’ have already made a splash in the Americas, now it’s the UK and Europe’s turn to fall at their feet...

Fresh from winning over their native Latin America, Blues rock titans Steady Rollin’ are getting ready to take on the world.

The powerhouse trio, whose classic storytelling and muscular riffs evoke the spirit of British legends Cream and Led Zeppelin, are fixing their eyes on the UK and Europe following the release of their first full-length LP Love & Loss.

Emerging from Central America’s smallest and most densely populated country El Salvador, Steady Rollin’ are fiercely committed to authenticity, only ever performing live – even when they are in the studio. That organic energy pervades every hook of Love & Loss opener I Feel Alive, offering a modern twist on the classic ’60s sonic, while fan favourite Call Me By 2 showcases a more laid-back side to the group.

The 10-track album's strident lead single When The Judgement Comes, which has been given a whole new dimension, courtesy of a white hot dance remix from Florida DJ Elyse Rich, who collaborated with the likes of Marilyn Manson and Lil Wayne prior to her electronic music awakening. Rich’s remix straddles “’80s synth pop to modern flourishes of stomping delight, all wrapped around the pounding, relentless rock of Steady Rollin’.”

The LP is available on digital and streaming services now, and on UK-exclusive limited edition vinyl from September. Its collection of love-related stories draws on the experiences of vocalist, guitarist and chief songwriter Fernando Poma against a musical backdrop of “emotional blues, agile, sinuous rock and a squall of alternative power”. Indeed, the warm, fuzzy vibe of standalone recent single Impossible is the sound of a band in their element.

A guitar-obsessed rockstar by night, by day Poma is MD of one of Latin America’s largest hotel operators, Real Hotels And Resorts. But as evidenced by every song he writes, music remains his true calling - the frontman even combines his twin passions as director of Grupo Poma, champion of the El Salvadorian music scene.

The stellar three-piece line-up is completed by accomplished bassist Gerardo Pardo and seasoned drummer Benjamin Andrade. Andrade is Yamaha Music’s official drumming representative for El Salvador and previously starred in successful bands including Kroma, Ultraviolet and Alter Ego, having fallen in love with rock music in the mid '90s.

With more than 57,000 monthly listeners on Spotify, the Steady Rollin’ train is picking up steam fast. Maybe it’s time to take a seat on board...