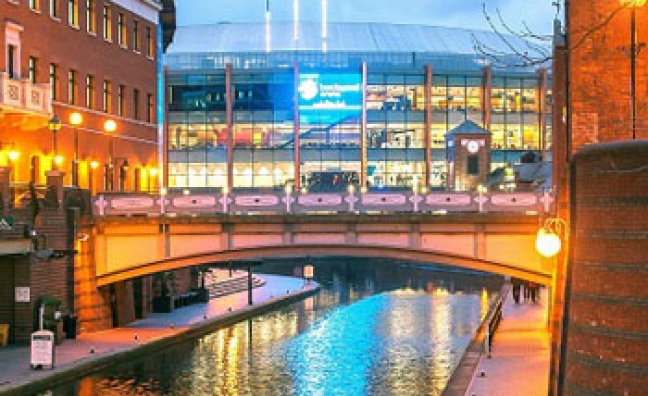 The NEC Group is searching for a new naming rights partner to Birmingham’s Barclaycard Arena following the conclusion of its five-year partnership.

The Barclaycard Arena completed a £26 million redevelopment in 2014 and has featured acts such as One Direction, Muse and Madonna.

Now, as part of a review of their overall sponsorship strategy, Barclaycard has decided to move away from long-term naming rights for the arena, which opened in 1991 and attracts more than 650,000 visitors annually.

Guy Dunstan, general manager for the Genting and Barclaycard arenas in Birmingham and former chairman of the National Arenas Association, said: “The recent £26m refurbishment of the Barclaycard Arena has created further opportunities for brand activation including bespoke hospitality lounges and pre-show stages, adding increased value for our partners and ensuring the arena continues to be a leading event destination.

“We have also invested significantly in the venue’s Wi-Fi capabilities to enable our customers to better communicate with one another via social media and to ensure they have the best possible experience.”

The NEC Group has appointed the rights marketing practice of London based agency, The Sports Consultancy, the exclusive rights to market the venue alongside those of the National Exhibition Centre (NEC) and International Convention Centre (ICC).