Autism, ADHD the music business and me: Andy Edwards on neurodiversity and industry inclusion 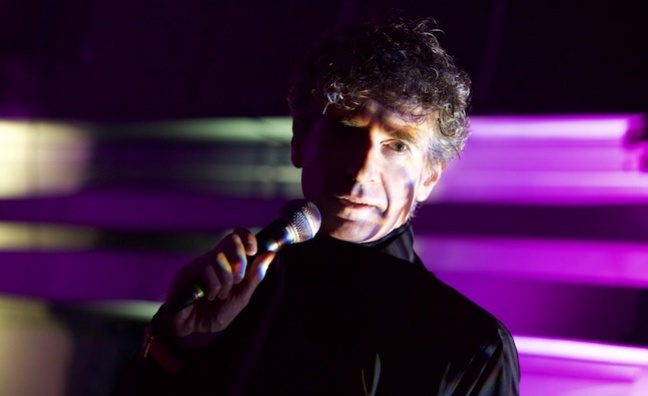 Andy Edwards is a music business executive, director of research for UK Music and an artist advisor and consultant, clients include HMUK and two-time Grammy award winning producer, mixer and engineer Cameron Craig.

Here, he writes about his experience of autism and ADHD, and calls on the music industry to be more inclusive and supportive of neurodiverse talent...

During the summer of 2019, I was diagnosed with Attention Deficit Hyperactivity Disorder (ADHD) which, together with Autism Spectrum Disorder (ASD), dyslexia, dyscalculia and a number of other conditions, falls under the umbrella of neurodiversity. The term refers to the variation in cognitive functioning that can lead to differences in how individuals think and act.

Shortly after my diagnosis, Universal Music launched its Creative Differences handbook to help companies in the creative industries better understand neurodiversity and how to attract, retain and promote neurodiverse talent. I went public with my own ADHD experience. Almost two years on, it is worth reflecting on what happened next.

The initial reaction was incredible. Many people reached out to me directly to tell their own stories. A young woman still at university and only recently diagnosed wrote, “now I know I can have a career in the music business”. I choked up when I read that.

At least five people have since told me they sought their own ADHD diagnosis as a result of hearing my story. Some are open about their newly discovered condition, others, understandably, are not. A few of us have begun an informal chat group, we get together every so often over Zoom to share experiences and explore where this might go. More people are welcome to join.

There is a part 2 to my story. In December 2020, I was diagnosed with ASD or, to be more precise, High Functioning Autism (HFA), which is similar to what was previously known as Asperger’s Syndrome. Some people still refer to Asperger’s Syndrome even though it is no longer an official diagnostic term. The name thing is evolving and I find it a little confusing. What do I tell people? Do I have Asperger’s or am I autistic? Currently, I am flipping between the two. What is the difference, anyway?

Classic autism can be very debilitating, often involving severe cognitive and verbal communication impairment. HFA/Asperger’s is a form of autism, under the autism spectrum. The symptoms are broadly the same as classic autism except that cognitive and communication skills are normal, meaning that someone with Asperger’s can think and speak as well as the next person. For this reason, many autistic people, particularly women, go undiagnosed.

Social skills can be a challenge, regardless of where someone sits on the spectrum. Misreading social cues such as facial expressions or sarcasm, avoiding eye contact or unintentionally interrupting someone are examples.

Repetitive behaviours are common. When it comes to clothes, I buy the same Diesel jeans and John Smedley roll neck sweaters over and over again. I had a thing for roll necks long before Steve Jobs made them cool.

Another autistic trait is absorbing oneself in subjects that hold a strong interest and then sharing that interest in expansive detail with others. You have to remember that not everyone has the same level of interest or attention to detail. The screengrab on my iPhone reads “Less Is More”.

The overarching experience for anyone with autism is that engaging with the world around you is a challenge and many people may not get you in the way that you intend. With classic autism the symptoms are more obvious, but with Asperger’s, where the symptoms are more subtle and easy to mask, very often you are just branded as “weird”.

For an environment such as the music business, admitting to being autistic carries a lot of risk. This is a world that places a premium on social charm and personal image; to be street smart, cool and popular. Autistic people can be all of these things, but in their own distinctive way, which may not be the norm.

My reason for writing this article was a growing realisation that autism is highly prevalent in music, that it carries significant stigma and is massively misunderstood when it need not be. Like other forms of neurodiversity, autism can be an enriching experience both for people with the condition and those around them. It takes an equal amount of understanding and appreciation on both sides to achieve that enriching experience. Saying things like “everyone is on the spectrum,” is not helpful, mostly because it is wrong. It also diminishes the lived experiences of those who meet the diagnostic criteria.

A common misconception is that people with autism are more likely to be good at science and maths rather than creative disciplines. Elon Musk declared he has Asperger’s on Saturday Night Live (SNL) and while it is a positive thing for a billionaire tech entrepreneur to say this, it did reinforce the “mad scientist” stereotype. The reality is that autism works just as well with a creative mind.

Dan Aykroyd is autistic and so is David Byrne, both of whom appeared on SNL long before Elon Musk. Many creative people including Daryl Hannah, Sir Anthony Hopkins, Sara Gibbs, Ladyhawke, Courtney Love and Example are all autistic. Broadcaster Melanie Sykes has revealed her own late-in-life autism diagnosis with a story very similar to my own.

Creativity and autism can be a great match. Getting into a routine and delving deep into a subject that inspires you can help create great work. With an inquisitive mind, you keep pushing the boundaries whether that is writing a novel, directing a movie or making a record.

Autism can give you a rawness, a directness and an authenticity that can help you cut through. You say what other people might only dare think. I once told an iconic rock act, renowned for their perfectionist approach to production and mixing and who had categorically refused to release official bootlegs of their live shows, that “fans just want the recording straight from the mixing desk, warts and all.”

After the meeting, my colleague joked about the band’s facial contortions as I made my point. Some years later at the press conference announcing their next stadium tour, one of the band told assembled journalists that for the first time every show on the tour would have a live bootleg recording, “straight from the mixing desk, warts and all”. Result.

Getting diagnosed has enabled me to make meaningful improvements to my working life in the music business. There are two take-outs to share about this: the first is improving your own self-awareness, the second is ensuring the world around you adjusts to meet your needs.

Both of these things must happen because autistic people cannot do this on their own. If the music business is serious about being inclusive then it must do the work too. That is why initiatives such as Universal Music UK’s Creative Differences are so important.

Creativity and autism can be a great match

Self-awareness enables you to take more control of your own life. Your condition(s) do not define you; your values and purpose do that. Your condition(s) will, invariably, dictate how you do things but you can learn to understand and manage your own process and work with others in a way that flows with that.

I decided against taking medication for my ADHD (usually Ritalin/ amphetamine type substances), but for many people medication is very helpful. Find what works for you. In my case, a combination of mindfulness, therapy, good diet and regular exercise produced a better version of me. Mindfulness and therapy have been essential ingredients in managing my autism and, crucially, how my autism and ADHD interact. I am more creative and impactful as a result.

Engaging with the world around me has meant being open about who I am and more explicit about what I need from those around me. The individual needs of neurodiverse people vary considerably, so that places more onus on the music industry being more flexible so that we can all do better. This includes challenging preconceptions.

The idea that autistic people are not sociable is simply not true. It just means those of us with autism may have a different process to socialising, which is more cognitive and less intuitive than a neurotypical person. That can mean, for example, consciously remembering not to interrupt someone else while they are talking. It also means neurotypical people appreciating that an autistic person can be incredibly anxious about being misunderstood - because that often happens - so listen and keep an open mind.

I have lived my whole life not knowing I had autism or ADHD and I had to learn through trial and error. Neither condition stopped me from speaking in public, moderating panels and managing a variety of relationships with artists, songwriters, producers and industry executives. An early diagnosis would have helped enormously, but that said my recent diagnoses have made a world of difference.

As an industry, we must accept each other for who we are and be more flexible and creative in our approach to working together. That means doing things a little differently and sometimes being accountable for mistakes made, but we are strength in numbers and we can all play a part.