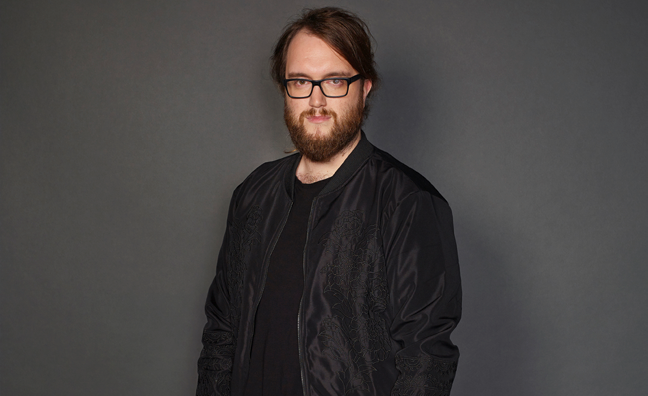 As Kerrang! Radio’s resident new music guru, Alex Baker truly appreciates the impact the right support can have on emerging talent. Here, the DJ and presenter outlines the importance of new artists getting the brand endorsement they deserve, and why the biz must take note…


Was August 2003 the month that changed the game? Myspace landed and gave us all an easy(ish) corner of the internet to call our own.

Gone were the days of bands flyering outside shows and worrying about how to get people to hear their music. With Myspace (and later, Facebook) bands watched the play counts rise, sold their wares directly to fans and did what they wanted, when they wanted.

In 2006, I started my John Peel-inspired radio show on Kerrang! Radio to unearth and help break new talent. Within weeks of starting the gig, I realised how wrong bands were to purely rely on themselves, as the importance of two things were brought into focus.

First, the ever-increasing necessity of a ‘filter’ and secondly, the power of a brand.

People always ask me the same question: ‘In a digital world, where we can listen to whatever we want, whenever we want, are you concerned that your role as a tastemaker may become redundant?’.

My answer is always the same: ‘Due to its scale and complexity, it is almost entirely impossible to navigate the digital world without filters. The importance of a filter doesn’t diminish, it grows as the digital world expands – and I am a very enthusiastic filter.’

If you still use your iTunes library, have a look at your play counts – you’ll see that the vast majority of tunes have zero plays next to them and a select few will have hundreds. That’s a consequence of the way humans are hardwired.

Behavioural psychology tells us that humans are bamboozled by choice, and we are predisposed to follow the safest path (do what we’re told) or make the simplest choice (stick with what we know). This is why, unless there’s an intervention or ‘filter’ of some sort, you can spend hours trawling for new music.

Spotify’s understanding of the importance of filters manifests in its playlisting strategy. All playlisting is, is ordering the musical universe into something that a human being has the mental capacity to engage with.

The type of human being we want to attract informs the type of music we put into a playlist. This is also the foundation of radio.

In fact, as a radio listener, once you’ve chosen your station, all you need to do is sit back and let someone else do the filtering. That is one of the reasons that radio is still growing.

In a hyper-connected world, the internet has given us everything all at once, and would have simultaneously made it harder than ever to ‘act’ – if it wasn’t for filters.

However, these are useless unless we believe in or trust them – and there lies the power of a brand.

A filter separates the content, but brands provide scale and endorsement. The reason that so many artists that I’ve supported on my show have gone on to do amazing things is because they can say, ‘We have support from Kerrang! Radio’.’

This phrase has helped bands secure high-profile support slots, get signed to major labels, score endorsement deals and much more.

Support from a brand is a stamp of approval. The bigger the brand, the more power that endorsement yields. Inclusion in the FIFA video game soundtracks has launched artists’ careers, getting a shot to play Download Festival has catapulted bands to the next level.

In all instances there are filters at work behind the scenes, but it’s the brands that light the fuse. My heartfelt plea to brands everywhere is: support new music.

New artists have no agenda, all that’s at play is their creativity, vision and determination. Without them, what makes the music industry exciting simply falls away.

This is about giving artists oxygen, making way for new ideas and preventing a monopoly on our ears.

After all, it wasn’t Fatboy Slim that smashed together rock and dubstep to inspire a new generation of EDM fans, it was Skrillex. And it wasn’t Drake that invented a vital new, energising rap scene in the form of grime – it was a talented group of rappers from London.

Whether it’s through media exposure, campaign inclusion, or financing, brands can give new music the support it just cannot get elsewhere.