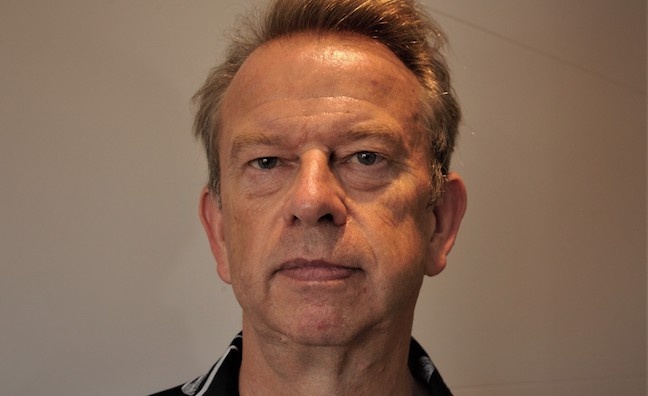 Each month in Music Week, Music Venue Trust CEO Mark Davyd takes the pulse of the grassroots live scene. Here, he reflects on the biggest wins and losses that have affected this essential sector throughout the year…

The utterly ridiculous spectacle of a central government tearing itself apart, unable to perform the most basic functions required of leadership, spending months on internecine warfare while their departments and officers are left floundering trying to keep things going. Every single one of the following four things below could have been managed in advance, alleviating stress, anguish and completely unnecessary brinkmanship by venues struggling to stay afloat. The year 2022 was an absolute farce. Government must do better than this.

It shouldn’t be a surprise to anyone who has ever been in a live music venue that they are incredibly energy usage heavy; it’s the very core of what the experience is. Having to have conversations with government officials that stopped just short of asking whether it might be possible to move to acoustic gigs in the dark was one of the low points of the year. How bad was it? One venue eventually received a quote per kW/h unit of £1.87, an increase of 1,480%. How bad is it? At the time of writing, every part of the government ‘strategy’ on this issue involves the mass closure of venues at some point in the future. None of it involves tackling the core issue, which is about making venues sustainable, resilient and lowering their power consumption.

Coming out of the pandemic, the grassroots sector finds itself carrying over £90 million in debt. This has never happened before. Yes, it’s always been very much a hand to mouth existence just trying to raise the money to get the show on and make it to the next one, but this is a sector that has never borrowed before – even if that was mainly because no one would lend it the money. The turnover of the grassroots sector in 2022 was just short of £500 million. The profit margin was 0.25%, just over £1.2million. At that rate it will take 75 years to pay off.

4. THE COLLAPSE OF TOURING

There’s no way to get away from this. We have created an economic model where touring simply cannot afford to go ahead. The number of shows in the grassroots sector is down by 28%. There were 49,000 fewer shows in 2022 than in 2019, representing over 900,000 lost opportunities to work for individual musicians and crew. Said 49,000 fewer shows immediately means £138,849,491 of economic activity lost in the GMV sector and £236 million of economic activity lost elsewhere in the night-time economy. We need an urgent summit meeting about how to make grassroots touring affordable again, bringing together all parties to discuss where value is created, how it is financed and how the money it generates is distributed.

There are still too many people getting the grassroots music venue sector wrong, or thinking it’s nothing to do with them. The closure of Nambucca, the threat to [Manchester’s] Night & Day, the ridiculous situation at Sheffield Leadmill – these challenges are solvable and manageable. The fact that MVT exists isn’t an excuse slip for the rest of the industry to think, ‘Well, that’s not my problem’. A venue closure affects every person working in this industry and they simply shouldn’t be happening.

1. MORE RECOGNITION OF THE GRASSROOTS SECTOR

This really felt like a year in which the broader music industry responded to the grassroots sector not just with statements and kind words, but with a genuine enthusiasm which looked for new and creative ways to represent venues and artists in their own work. Whether it was the Music Week, NME, Kerrang!, A&R, and LIVE Awards with special categories to acknowledge the work, or specific branding and collaboration with ILMC, IFF, Great Escape, Wide Days and Focus Wales, 2022 was the year in which the grassroots sector truly began to be represented across a wide range of events.

The first NIVA conference in the USA, Eurosonic special panels, events in Dortmund, Valencia, Denmark, Bilbao, huge breakthroughs for live music by our colleagues in the Live Music Office Australia… All of this demonstrated a willingness to learn from each other in the grassroots sector. It’s obviously a cliché to say we are ‘stronger together’, but the way information was shared, developed, then fed back into a rapidly emerging worldwide network of organisations exclusively concerned with the future of grassroots music was a real step forward.

Venues Day is always one of my favourite days of the year, but it truly had something special about it in 2022. The sector is facing huge pressures and you could see that physically displayed on people’s faces when they arrived. Those expressions genuinely changed over the course of the day, as people realised those struggles were not only understood and shared, but that people had genuine answers to tackle the challenges we are all facing, things that would make a difference to their own venue. Venues Day 2022 created its own motto: ‘You’re not alone.’

Brands and partners wanted to make a genuine investment into the sector that demonstrated real meaning. I’ve been working in this sector for nearly 40 years and have seen all kinds of projects, from the farcical to the fantastic, but 2022 was the year of the authentic. Whether it was The National Lottery’s Revive Live, Free Now’s #MoveToTheMusic or Ticketmaster’s structured investment approach into Venues Day, brands and partners significantly improved their approach to the opportunities of the grassroots sector with sensible, considered financing that created genuine value for artists and fans alike. Over £3 million of new money went directly into new events, new tours and new artists, making a real difference to venues and audiences.

Finishing the year with the same number of venues as we started with. Which might not seem like much of a boast, but I invite you to consider all the negative things and wonder to yourself, ‘Well, how is it possible that the whole sector hasn’t simply given up?’ The answer is that MVT is simply not prepared to accept the permanent closure of any venue. In next month’s issue, I’m going to focus on the five things everyone in our industry needs to tackle in 2023 to resolve the negatives and amplify the positives. Because what we’ve learned in 2022 is that we can make things better if we choose to. Make 2023 the year you choose to get involved.