'I want more black women to be celebrated': An open letter to the music business from Carla Marie Williams 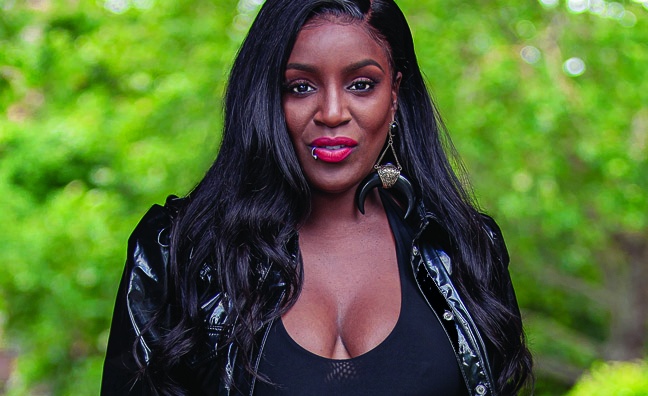 With diversity issues at the top of the music agenda, top songwriter and Girls I Rate founder Carla Marie Williams was inspired to curate a celebration of black female excellence in the industry for Music Week. Here, in an open letter, she explains why it’s time for black women to be recognised and valued by the UK industry and introduces some of the artists and execs shaping the future...

To introduce myself, I am Carla Marie Williams: songwriter, producer, A&R, businesswoman, sister, friend, female advocate, lover of black lives and lastly a woman, a black woman, who won’t be put in a box and who doesn’t believe in boxes!

After 15 years in the industry, I’ve seen a lot, heard a lot, and experienced a lot. Every stereotype and prejudice possible has been thrown at me: “difficult”, “angry”, “bitter”… You name it, I’ve been called it! After nine Top 10s and two songs with one of the biggest artists in the world, Beyoncé, you’d think it would be easy, but I still fight daily to get into rooms and am constantly having to prove myself.

I have early memories of being in a girl group and being told that, without a white girl in the group, there was no hope for us to succeed. Also of having the way I dressed attacked, being told my lipstick was “too black” and that the goal wasn’t to appeal to my “home boys”. I was requested to wipe the lipstick off.

I have never been one to take those types of comments lying down, so I always fought back and said my piece. However, it’s been years upon years now and, to be honest, I’m tired of always having to defend myself.

I started off my songwriting career at Xenomania in 2008, a black girl from the ends writing for super pop group Girls Aloud. My friends and family were super-proud of me, and would tell me daily how much they “rated” me, but they didn’t realise some of the struggles I faced working in Kent.

I didn’t want to crush their dreams by sharing my experiences, because their dreams were my dreams. On a daily basis, I would be stared at as I walked to the studio through Westerham Village. I was the only black person in the village other than the guy who ran the local gym. I have memories of being stopped and searched by local police as I came off the train at Oxted station. They said I resembled a woman who just committed fraud in the local bank. I had to call the studio, where a very embarrassed Brian Higgins, the owner of Xenomania, verified my identity to the police.

There I was, on top of the world, No.1 on the charts, BRIT Award-nominated, but being stopped for petty crimes that I wouldn’t even dream of committing. It made me realise that the unconscious bias was real!

I was so happy to be given the opportunity that I didn’t, and wouldn’t, allow people’s prejudices to overwhelm me. I was there on a mission to make my family proud and to achieve things that nobody from where I come from had achieved.

Twelve years later, I received an email from Music Week asking me to comment on Black Out Tuesday. It took me a minute to decide if I wanted to comment, as I was thinking, “What change will my comments lead to? What’s the point of using my voice on deaf ears? Am I just filling up pages for them to feel, ‘We are doing something?’”

So, I decided to ask if we could do a takeover.

Something’s got to change from the top down

I wanted to celebrate black women in music from behind and in front of the camera. I thought long and hard about it, there were so many women I wanted to choose but eventually decided to select ‘Girls I Rate’ who are in my circle, who have supported me over the years and who I believe have managed to carve out great careers for themselves, without really having to compromise who they are.

I believe we are women who have avoided becoming too consumed by systemic stereotypes. Don’t get me wrong, we are very aware of the invisible glass ceilings but manage to navigate our way through the bullshit to still be somebody!

It’s 2020 and I can’t believe we’re still discussing race and equal opportunities. I can’t believe I’m still walking into rooms as the token voice and face of my people. I’m still turning up to awards shows, saying ‘Hi’ to the same black people who have been allowed a seat at the table for years, whilst my peers representing our future and our culture are working their arses off in the background, keeping the lights on in buildings but yet, still the unseen, unknown, unheard and uninvited. Same faces, same names, same men all moving around from building to building, keeping the power circle and control male-dominated.

Black women are the least represented in the industry, too many times a role for black culture comes up and it’s filled by ‘others’ who represent the culture for us or, by token black men. Now we are happy for our brothers, but why are we often left in the cold, because we aren’t seen as cool? And we aren’t desired by ‘others’ in the way they are?

We know there’s definitely no space for us in the boys’ club. We aren’t looked upon as leaders, businesswomen, money-makers, we are only ever at the table in supporting roles, as opposed to leading roles. They pick our brains and want our ideas but never want to give us the recognition, or compensation that we deserve.

When was the last time we had a black female CEO or president in the UK? Never! How many black women are senior A&R’s, heads of labels, owners of labels, priority artists? Now sit back and think, is this our forever?

Too often we are stereotyped and marginalised before we speak. We are reprimanded when defending ourselves, or because we didn’t smile in a way others wanted us to smile that day. Too many of us feel we need to creep around buildings acting like sheep just to fit in, instead of being the queens we are. We’ve got to shrink ourselves to avoid the, “She’s got an attitude”, “Chip on her shoulder”, “Difficult black woman” labels. It’s been 15 whole years for me and I’m tired!

In 2016, I started Girls I Rate on a mission to bring all female creatives together, celebrating all women, seeking opportunities for all women, without realising there would be limitations. As I sat in meetings with other women, I quickly realised my battles were different to their battles merely because of the colour of my skin.

Here we are, all fighting for women, but once the hype surrounding my work with Beyoncé had died down, there I was at the back of the queue knocking on every door for support for Girls I Rate, whilst watching my white counterparts walk straight to the front being co-signed with a “new idea” identical to the one I had been working on for years. Now, this is real and isn’t about calling the race card; it’s just to provide a deeper understanding that equality, diversity and white feminism just aren’t the same. When two people are sitting at the table, fighting the same fight and requesting the same resources, white privilege will always prevail.

I’ve seen a sea of black tiles being posted across the industry from many organisations, labels, publishers, CEOs and presidents and thought, “Are you just posting to be seen to be doing the right thing? What will you change in your establishment? What change will you hold your company accountable for? And when will that change be implemented?”

Black women are the least represented in the industry, too many times a role for black culture comes up and it’s filled by ‘others’ who represent the culture for us or, by token black men. Now we are happy for our brothers, but why are we often left in the cold?

Now, I understand this is bigger than individualism, it’s systemic, but something’s got to change, and it’s got to come from the top down. All my mentors in my career have been white men, they all played a major part in shaping the woman I am today in music, both good and bad. We didn’t always see eye to eye and, at times when I have spoken out, my reputation has suffered the cost. Don’t get me wrong, I’m forever grateful for the opportunities given to me, but many scars today are still healing from yesterday.

In the last four years I’ve knocked on many label doors to support Girls I Rate, only to be told: “We have no budget”. Bar Darcus Beese who, at the time, was the only black label president in the UK. I walked into his office in 2017 and, in a matter of minutes, we had a deal, he got my vision and wanted to support a black sister! I walked out of his office bouncing across the floor, so happy that someone finally wanted to support my cause and, for the first time in my career, this support came from a black man.

With this in mind I have launched GIR Blk and have now furthered the Girls I Rate mission to support at least 100 black girls over the next 12 months. As a black woman, I would like to be able to open doors for the future generation of black girls who are just like me.

I’m unapologetic about my personal ambitions, it’s a mission I choose not to be submissive on, and I still hold out hope for a better day for all of us.

So here we are at the Music Week cover shoot, the sun is shining and there are beautiful black women everywhere. The air is filled with love and good pure energy, our guards are down and the flags of love are flying in the air. There is no issue on skin shade or colourism, that doesn’t exist here. There are no questions of size or shape, no judgement on our behaviour or attitude, that doesn’t exist here. We have natural hair, straight hair, curly hair, wigs and weaves yet, still, scrutiny doesn’t exist here.