In with the new: Why emerging UK talent is thriving in 2017 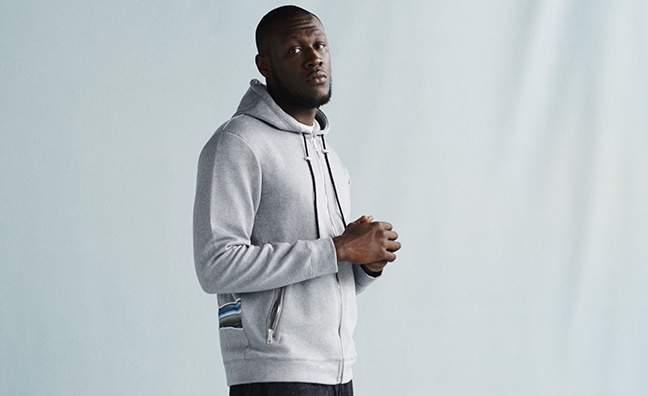 What a difference 12 months makes.

In 2016, a brand new, major label-signed talent with a beard pitched up at the BRITS and scooped the Critics’ Choice award. A year later, precisely the same thing happened: for Jack Garratt, read Rag’N’Bone Man.

But now, of course, we know differently. The similarities stopped there: after the BRITS, Garratt seemed to struggle amidst reports of slow sales, whereas Rory Graham rocketed into some other galaxy where pound signs roll on executive eyeballs and everyone bobs about on lilos, sipping flutes of champagne poured from giant golden taps. According to the Official Charts Company, Rag’N’Bone Man’s Human has so far sold 688,985 copies compared to 71,584 for Garratt’s Phase. Even Graham’s Wolves EP has shifted 60,805, and that came out in 2015.

With two slick campaigns, two talented acts both live and on record and the full support of two major labels, it’s difficult to fathom the chasm. But then, some records connect better than others. Perhaps it’s as simple as that?

Either way, the news contained in 2017’s half-term report – that eight UK debuts released this year make the Top 200 albums list, compared to two in 2016 – now looks even rosier. Down-in-the-mouth industry moping can now give way to celebration, and rightly so.

After breaking the story last Monday, Music Week spent the next few days quizzing the new music sector to find out how Rag’N’Bone Man, Harry Styles, Dua Lipa, Stormzy, J Hus, Nines, Sampha and Loyle Carner have cracked it. We asked what had changed, what labels and artists were doing differently. From XL Recordings A&R manager Caroline Simionescu-Marin and Polydor A&R consultant Zeon Richards to Island’s Alex Boateng and Columbia A&R director Julian Palmer, responses were universally positive. They left the impression of a sector working busily, excited by progressive, positive campaigns driven by artists with vision, creativity, character and, above all, a sound that gets people in the gut.

Clearly, all eight acts sound different, but there are people out there who love each one, and that – coupled with the fact that artists and labels now seem so intent on maximising the chance to connect with those fans – is the important thing.

Sure, he was always destined to do well away from 1D, but Harry Styles’ head-to-toe transformation to dive bar heartthrob feels enthralling (to your correspondent at least). Just try and deny the care and attention that went into Sign Of The Times and the rest of the campaign.

Dua Lipa, like Styles, seems driven to resist being constrained by pop, winning an NME Award and drawing a huge, varied crowd to the John Peel Stage at Glastonbury. And Rag’N’Bone Man, now undeniably a pop star loved by droves of Sunday supermarket shoppers, still looks as if he’d rush off to a jungle rave given half a chance.

And then there’s Stormzy, who’s done everything from hitting No.1 and conquering Brixton Academy, to cooking with Raymond Blanc and chatting away on Sunday Brunch. His is the campaign that charmed a nation. So too, on a smaller scale, has J Hus; Sampha has won hearts with just voice and piano; Nines mobilised an army of diehard fans to hit the Top 10; and Loyle Carner proved that charm and dedication – not to mention a versatile, heartfelt flow – could show that there’s more to UK rap than grime.

The only thing missing is a guitar band, but while grime, rap and R&B are undeniably sparkier, there’s still a glut of good indie about. Just look at Pale Waves and what Dirty Hit Records are doing. Or pick up Loud And Quiet, Crack or So Young Magazine. Or, for a swathe of scummy, exciting new music (and So Young favourites) – Goat Girl, HMLTD, Matt Maltese, Dead Pretties and more – look no further than South London. And that’s just one corner of a huge music city.

None have yet dented the Top 40 – and none look hugely likely to, although HMLTD have Columbia behind them – but that’s not always the point. To bemoan a lack of new UK music in the charts while not looking beyond them is to the detriment of scenes, movements and collectives brewing up everywhere.

What these statistics prove is that new music is thriving off an environment in which it is encouraged to be itself, by an industry getting to grips with evolving methods of ensuring the biggest audience possible hears it. And the best thing about the eight debutantes to break 2017’s Top 200? They’ve done it with records audiences can really believe in.