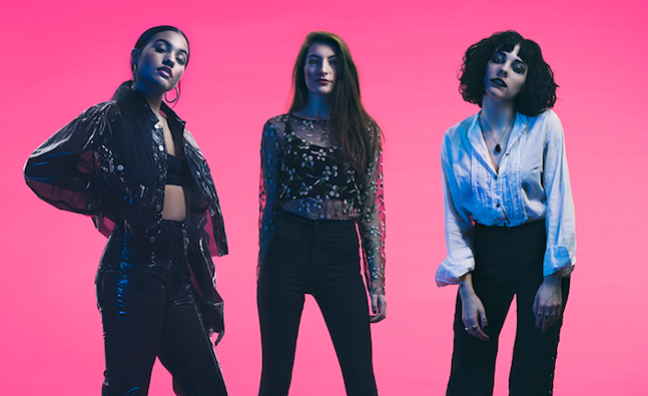 If you’ve not seen it already, check out Sigrid’s reaction to winning the BBC’s Sound Of 2018 poll before doing anything else this week.

The 21-year-old Norwegian is from a tiny town called Ålesund, nestled next to a UNESCO-protected fjord. As she told Music Week last year, those roots are important. Now, she’s one of many new darlings of the music industry and its surrounding media, backed by the heft of Island Records and tipped to make a positive impact in 2018. Success in the new music merry-go-round that marks the beginning of each New Year in the industry clearly means a lot to Sigrid.

On the cover of today’s new edition of Music Week are three more artists who know the feeling. Mabel, Pale Waves and Catherine McGrath are joined in our special emerging talent report by IAMDDB, Superorganism, Matt Maltese, Lovebites, Tom Walker, Young T & Bugsey and Kojo Funds. Together, they are 10 acts with designs on breaking through in 2018. As Mabel says of the new music bubble she’s about to burst from: “We’re really making some noise”.

And that’s the important thing to remember this January, as you come to the end of a weeks-long period of bobbing around in a bubbling vat of tips list soup: there’s a lot of worthwhile new music around right now. From ragged indie hopefuls such as Starcrawler and Sorry, to Tom Walker and the acts the majors are priming to follow in Rag’N’Bone Man and Dua Lipa’s chart-bothering footsteps, there’s plenty out there.

As 2017 drew to a close, South London rapper Ramz was busy making everybody at Polydor relish the prospect of going back to work with a loose-collared new tune called Barking. After climbing the airplay chart, it hit No.4 in the singles chart on Friday.

Now, a No.1 is surely feasible. 157,528 sales isn’t bad for a brand new artist in January, and suggests that the trend for creative, reactive marketing around new UK rap talents isn’t going anywhere. Over the weekend, J Hus marked another milestone in scooping three BRIT Award nominations.

And, while on the subject of the BRITs, this year’s Critics’ Choice nominees – Jorja Smith, Mabel and Stefflon Don – rightly drew widespread praise. And for an award that’s known its share of sneering, it felt a significant step forward.

Just as encouraging as the amount of new music around is the variety of ways in which it can gain impact. Reputations grow suddenly and rapidly as hits are conceived on streaming platforms and in clubs; impeccably orchestrated live events or awards help to define campaigns; and artists on all scales break with regularity, from Rag’N’Bone Man and co at the major end, to acts such as the much-lauded Shame at the other.

Meanwhile, genre and pigeonholing continue to fade into the background, with the power of a brilliant talent fuelling consistent output far more important. Time is crucial too, with labels seemingly driven towards taking care to incubate new talent properly. Mabel first signed with Universal three years ago, and goes into 2018 off the back of Top 10 smash, Finders Keepers.

All this is good for the labels too, forcing A&R, marketing and press departments to make more interesting, riskier decisions. As Columbia’s Julian Palmer told Music Week last year (in an interview to celebrate British breakthrough success), that can only be a good thing.

It’s sometimes easy to grow tired of new music season, but why not simply draw encouragement from the fact this area of the industry is in the spotlight for a sustained period?

At the beginning of 2018, there’s a feeling that a new star could spring from anywhere at any time, a brilliant unpredictability at play. Here’s to everything the next 12 months have in store…