'Maurice Oberstein was screaming at me': Former Music Week editor Steve Redmond reflects on his time in the hotseat 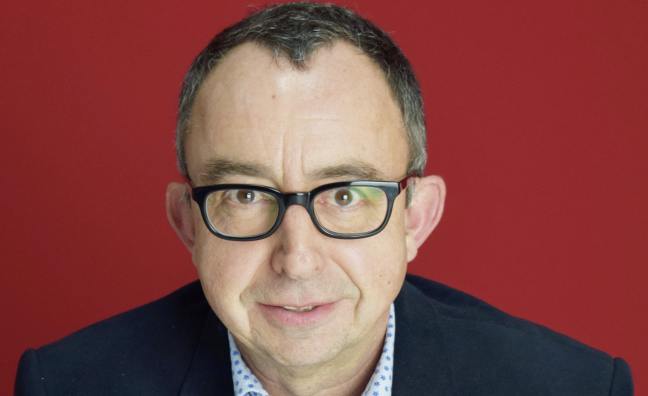 In the new edition of Music Week, we celebrate 60 years of, well... us!

And for our birthday extravaganza, we have gathered a host of the most significant industry figures from the last 60 years, including current major label bosses Sir Lucian Grainge, Rob Stringer and Max Lousada, to talk about their favourite memories of the magazine. On top of that, we also look back, decade by decade, at the defining moments and stories from the 1950s to the present day that have helped shape the music business as we know it.

But that is only part of what we have prepared. As part of our celebrations, we also asked some of Music Week's former editors to share their memories of their time in the hotseat. One of those speaking is Steve Redmond, current SVP, global corporate communications of BMG, who edited MW between 1990 and 1997. Here he shares his reflections on his time at Music Week, oh, and falling out with a biz legend...

Just 10 days into the job, and the naïve, 27-year-old new editor of Music Week had been granted an audience with the chairman of the UK’s biggest record company. And it wasn’t going well. Maurice Oberstein was screaming at me in a voice that switched effortlessly from deepest Tom Waits to something akin to Minnie Riperton in full-on Lovin’ You mode. “Your career, Redmond, is over!” he squeaked.

My crime? I had refused to be 'persuaded' with a front-cover ad to print a story he wanted. Welcome to the music business.

His mistake was to fail to realise that I had just arrived from advertising magazine Campaign, where biting the hand which fed it was company policy. My mistake was to fail properly to understand that the music industry in 1990 was still living in 1973 and, in the rush to success, abuse of power and all-round bad behaviour was accepted as par for the course.

It was a chart-hyping, personality-driven, money-no-object kind of business. It was a world in which smoking, drinking, drug-taking and of course sex were what you did in the office (Music Week excluded, obviously).

In those days Sir Lucian Grainge and Rob Stringer were just two of hundreds of similiarly ambitious young whippersnappers in the UK business. Max Lousada was still at school.

The recorded music industry of today has had its rough edges smoothed away. It’s a less exploitative, generally better behaved, more diverse, more professional, more artist-friendly business than it was then.

In some ways, though, it’s less diverse. The rise of the graduate and the MBA means music is rarely the escape from the working-class it once was. The route from the mailroom to the CEO’s office has been effectively blocked. But that’s progress: no pain, no gain.

Streaming has been an overwhelmingly positive development, disabusing music companies (well, most of them) of the idea that it is all about them and rightfully returning power to artists.

Throughout it all, remarkably, there’s been Music Week, reinventing itself alongside the music business itself. It’s a tough job, but I am delighted to congratulate Mark Sutherland and his team on a job done well. Happy 60th Birthday, Music Week.