Play it again, Sam: What Sam Smith's release week tells us about the albums market 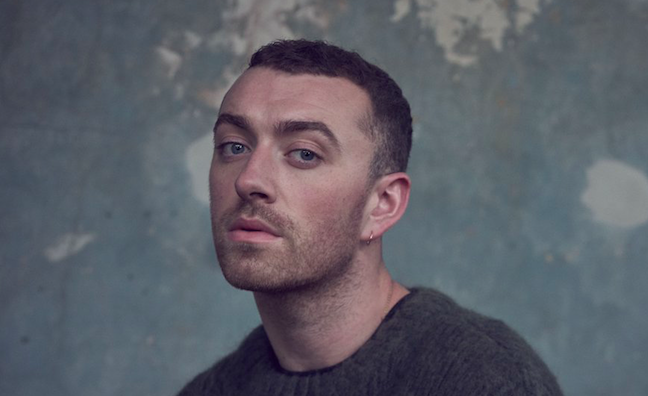 It was Bonfire Night on Sunday, but Sam Smith lit the blue touchpaper on Q4 a couple of days early with the release of hotly-anticipated second album, The Thrill Of It All.

Capitol, as is their style, were conspicuously not hyping things up pre-release. But the anticipation of a true blockbuster release elsewhere in the industry was palpable. The pre-release campaign was impressive too, incorporating everything from a BBC special and Carpool Karaoke to the cover of NME, ensuring all bases were comprehensively covered. Liam Gallagher found success with a similar approach.

And, crucially, of course, Smith's music delivers, defying any fears of difficult second album syndrome. So, should we be expecting The Thrill Of It All to be approaching an Adele or Ed Sheeran-sized first week?

Now the first midweeks are in, it doesn't look like that will be happening. The Thrill Of It All is off to a fine start, going silver inside three days, and is on track to be one of the fastest-selling albums of the year. It's also doing well internationally. But sales will now likely top out somewhere around the 90-100K range; impressive, but not record-breaking.

The music market has been transformed since then, of course, and with the emphasis on streaming, logic always suggested Smith would fall short of both those second album landmarks. The Thrill Of It All went wide on streaming services from Day One, a move which may have affected short-term physical sales, but could pay off in the long run. Taylor Swift, in contrast, looks likely to keep her eagerly-awaited new album, Reputation (due Friday), off streaming for a least a week and already has enough pre-orders to ensure a hefty first week Stateside (although her UK debuts have always been relatively modest to date).

But while the routine 100K+ week is now a thing of the past, the biz has actually got better at maximising early sales around ‘event’ albums and The Thrill Of It All is definitely one of those. That will remain the case whatever the final Week One sales tally. A huge first week grabs headlines and helps cement the idea that music, particularly British music, is back at the pinnacle of the entertainment business. But these days, it's all about the long haul. After all, an album's for life, not just for Christmas shopping.