Rock's on: Why rock needs to start playing by different rules 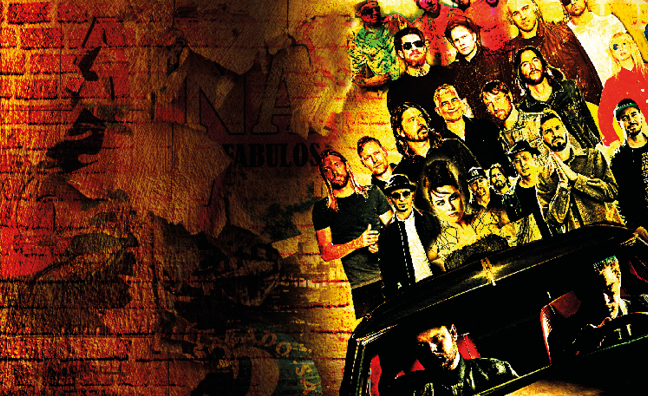 The latest streaming stats for rock music don’t make great reading for anyone who still loves and believes in the genre.

The figures are growing (up 29.75% on this time last year), but at a slower rate than for the overall market (up 36%), despite starting from a much lower base. That means rock is falling ever further behind in the arms race that is digital music right now.

Even more worryingly, not a single one of the Top 40 most streamed rock songs of the year dates from 2018, and most are from decades ago, with the chart dominated by classics from the likes of AC/DC, Guns N'Roses and Linkin Park. Rock has a heritage to be proud of, but any more emphasis on the past will turn the genre into a museum - while even the numbers for the year's most-streamed song classified by the OCC as heavy rock/metal - Goo Goo Dolls' Iris - are barely bigger than the average weekly total for a pop hit.

Who's to blame for this state of affairs has been a matter of hot debate in the music industry since Music Week first highlighted the problem last year. The streaming services certainly have questions to answer about why they’ve failed to convince rock fans to take up subscriptions. And why, at a time when we’re constantly told people don’t listen to music by genre anymore, you’re still as likely to find a rock act on one of the big playlists as you are Daniel Ek manning an Apple Genius Bar.

But the rock biz has been complaining about such things for a while, with little sign of anything much actually being done about it. Which means rock needs to come up with its own solutions – or start playing by different rules.

After all, rock fans still buy albums and purchase tickets by the truckload and the genre has an independent infrastructure that means it will always find a way to survive, no matter how many doors are slammed in its face.

A case in point: I recently went to see The Regrettes (who feature in On The Radar in this week's issue) at the Old Blue Last; a group of unfeasibly young superstars-in-waiting playing punky garage rock to a room full of fellow teenagers going bananas. Proof that rock’s passion and spirit remain undimmed, as long as you know where to look.

Rock’s cycle keeps spinning. And, as with any good circle pit, timing your moment to get involved is key. For the streaming services, now would be good.