The new Republic of Taylor Swift: Why her new record deal is a game-changer for the entire music business 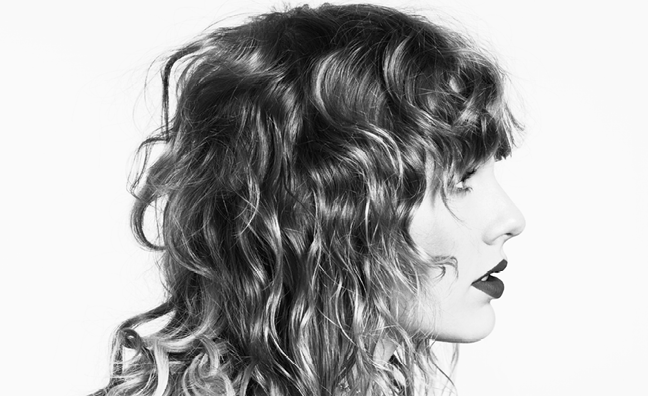 So, we now have an answer to that perennial Christmas question: What do you get the international pop superstar who’s got everything? The answer, when it comes to Taylor Swift at least, is a record deal that will change things not just for her, but for pretty much everyone in the business of music.

As Music Week noted earlier in the month, Swift had a mind-boggling array of options for her new deal. When Music Week revealed that new deal yesterday, at first glance it looked fairly traditional.

True, she was moving on from the independent label Big Machine where she made her Reputation (and, indeed, all her other albums) to move fully across to Universal, which already distributed her records globally. But she signed to Republic – meaning Swift may have backed the Democrats in the mid-terms, but she’s now officially a Republican, lol – the blockbusting label that partnered with Big Machine on those releases, so it’s hardly a leap into the unknown.

But, as always with Swift, the beauty is in the detail. In fact, the deal establishes Swift as the ultimate music industry game-changer and wave-maker. Because, in the same way that her incredible songs reward the listener with lyrical couplets to cherish and built-in messages to decode, so her Instagram post revealed much, much more about the deal than the press release.

Firstly, she revealed that she will own “all of my master recordings that I make from now on”. This is common enough for veteran artists in the era of artist and label services, but still rare for an artist still at the absolute peak of her game and newly-signed to the biggest music company in the world.

If that sets the standard for all future megastar deals, then the next part will also change things for artists at every level of the business. Swift says her contract had “one condition that meant more to me than another deal point: that Universal committed to sharing the proceeds of any sale of their Spotify shares with their artists, without the payments counting against unrecouped balances”.

“They have generously agreed to this,” wrote Swift, “At what they believe will be much better terms than paid out previously by other major labels.”

Rob Stringer’s Sony Music led the way on this, sharing the hefty proceeds from its Spotify share sale with artists and distributed labels, regardless of whether they had recouped or whether it was stated in their contract. Warner Music, which was the first major to sign off on sharing the proceeds, has also made payments, although they did count against unrecouped balances.

Swift says she sees Universal’s agreement as “a sign that we are headed towards positive change for creators – a goal I’m never going to stop trying to help to achieve, in whatever ways I can. I’m so happy to have Sir Lucian Grainge as a partner in these efforts.”

Sir Lucian, of course, had already committed Universal to sharing its proceeds if and when the major finally relinquishes its Spotify stake (probably not for a while given the current state of Spotify’s share price), although the bit about unrecouped balances is new. Universal may have got there anyway, of course, but the clause chimes with Swift’s long-held artist advocacy – as seen in her constant championing of new acts and her decisive intervention in the row between the indies and Apple Music over the streaming service’s attempt to not pay royalties to artists or labels during its initial free trial period.

Apple changed its mind the day after Swift’s open letter to them, and she has similarly given Spotify cause to moderate some of its policies over the years, as her belief in the value of music and the importance of the album as a body of work held her back from whole-heartedly embracing the streaming market-leader.

In her Instagram post, Swift notes that she is now “motivated by new opportunities created by the streaming world and the ever-changing landscape of our industry” although she also warned: “I also feel strongly that streaming was founded on and continues to thrive based on the magic created by artists, writers and producers”.

Swift has the best of both worlds: the full backing of the world’s biggest label, on her own terms, and she also gets to make a difference for others

All of this is good for Universal too by the way. They get to have the world’s biggest pop star properly on their books; an extremely good look at a time when they’re looking to sell a stake in their company. They get to show they’re a progressive company with artists’ interests at heart; never a bad thing when they’re potentially in competition for deals with everyone from the other major labels to Kobalt’s AWAL to the streaming services themselves. And, most importantly of all, they get to blow apart the notion that all major labels are good for is writing a big cheque: the Swift deal shows that Universal can put together a package so comprehensive that even the world’s biggest star – someone who could literally have done anything she wanted for her next deal – chose them over all other available options (and by all accounts, there were plenty of those).

It’s not even bad news for Scott Borchetta’s Big Machine. Swift fulsomely thanked Borchetta, who posted his own Instagram message, offering Swift “best wishes for what’s next” and declaring: “I had the time of my life fighting dragons with you”. Swift may have left his label, but he retains the rights to her six albums to date, which should help him get the deal he wants for Big Machine now it’s up for sale.

But the biggest upside is for Swift herself. She has the best of both worlds: the full backing of the world’s biggest label, on her own terms. But she also gets to make a difference for others, not just in setting a high bar in terms of the value of artists moving forward, but in helping to make sure musicians big and small get their just rewards from the Spotify IPO.

Just think about that for a second. The world’s biggest pop star – who could have used all her considerable leverage to get herself more money, or more favourable terms, or probably the moon on a ruddy stick if she wanted it – instead using it to improve the lot of the entire artist community. At a time when the business is back in growth, but life as a musician is harder than ever, that will resonate way beyond the boardrooms of Santa Monica.

As will her Instagram sign-off. “I can’t wait to show you what I’m making next,” she said. Neither can the entire music industry.