'There is so much that needs to be done': Music publicist Curtis Sharkey on the task beyond Black Out Tuesday 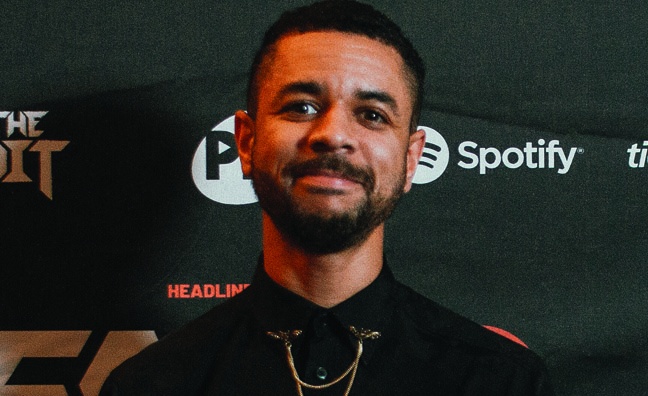 In the latest edition of Music Week, we speak to a host of key names from the black music community to look at the impact #TheShowMustBePaused had on the industry.

Here music publicist Curtis Sharkey shares his personal reflections on Black Out Tuesday, industry racism, and the work that now needs to be done...

My own personal reaction to all of this in recent weeks has been a really familiar sense of sadness and exhaustion. Familiar is the word, and that’s really disheartening in itself.

In my job as a PR, I’ve been trained to  absorb all media: radio, TV, print, online, broadcast, podcasts. Staying on top of the news is pivotal. As a result, I was consuming so much I ended up having a full-blown anxiety attack in the middle of the night. It was the sheer amount of times images were being retweeted that made a big difference to how it affected me this time. There’s a tendency to share things without thinking about who it’s affecting.

Despite the fact that it might have had a few issues along the way in obscuring the Black Lives Matter movement hashtag, the Show Must Be Paused campaign did mean something to me. It’s really important to remember that it wasn’t a cynical boardroom of white execs that came up with this: it was started by two black women who managed to get this on the news agenda within a day. To not be taking part would be a bigger statement at this point. To be ignoring it would be a statement in itself.

Still, performative activism is definitely real. The point is: when people look back on the day they posted that black square, did they just take the day off? Or did they use that day to educate themselves? Can they look back on what they did on that day and be proud? People are going to want to know what their plans are after this. If you represent any brands/artists and you’re afraid of alienating audiences by speaking about these things think: do you want those people as fans? Not being political is a privilege.

As a person of colour, you’re conditioned to not bring things up because you don’t want to be accused of ‘playing the race card’. You get into the habit of playing things down. There have been lots of incidents where, to make life easier and not make people feel uncomfortable, I haven’t brought them up as racial incidents.

Racism works by deliberate miseducation. Our issues are parallel, not separate to America’s and understanding that and actively seeking out the history of black people in this country will go a long way.

It’s also a patriarchal industry. Once, when I was freelancing, a black colleague of mine told me she was going to start looking for a new job. She was lovely, supportive and friendly so I asked her why she was looking for a new one. She said to me, ‘I’ve been told that I’m an intimidating character to my colleagues’. Having worked on projects with her and seeing what she was like, there was nothing like that to her. To me, it just stank of not knowing how to recognise black femininity. She was unapologetic in her blackness, and I don’t think the staff had been around black women from East London. There’s an unconscious bias that people do not realise. Please consider your hiring practices and possible implicit biases, especially when it comes to paying interns. Ask yourself: who is being excluded? And pay your fucking interns.

I have lived the black experience in the UK which involves all the things that go with that, like being stopped, searched, and pulled out by security guards. But I also acknowledge that I have a light skinned privilege. And, as a lighter skinned mixed race person, which has its own set of identity issues, you can end up internalising a lot of that. I identify as black, but I do recognise the scale of that and I also identify as mixed race.

I grew up without a black male presence in my household. What comes along with that is that, as you’re told things throughout your life like, ‘You’re the whitest black guy I know’, you end up having a lot of internalised racism: not wanting to express your blackness, or acknowledge it in many ways. That’s a really common thing with mixed race people. As a light skinned person, I am less intimidating to a lot of white people – more acceptable even. I know it’s easier for me than some of my darker friends.

The advice I would give to anybody in this – or any – industry is to educate yourself. There is so much work that needs to be done to genuinely understand black history and culture in the UK, and so much essential reading. It is time to understand these things properly. Racism works by deliberate miseducation. Our issues are parallel, not separate to America’s and understanding that and actively seeking out the history of black people in this country will go a long way.