Up the Late Junction: Why Radio 3's cuts are bad for the music business 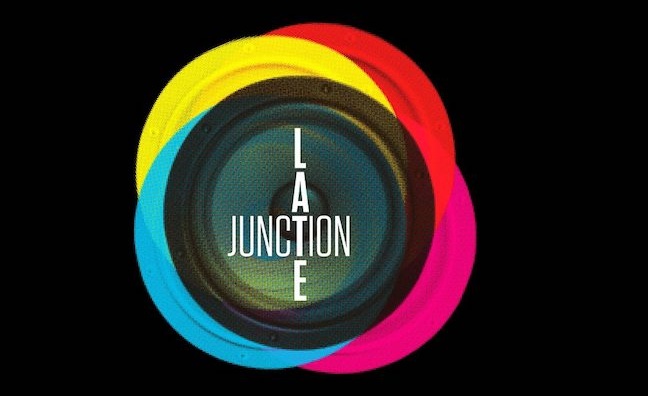 Is Radio 3 controller Alan Davey trolling his own listeners?

Music Week poses the question because of the bizarre timing of the cuts to the network's specialist music programming, including Late Junction and Jazz Now.

Weeks after appearing in the pages of Music Week to say how “proud” he was of Late Junction ahead of it's inaugural festival at the Earth venue, Davey is now presiding over cuts to the station's “flagship adventurous music show”. It will now appear on just one evening a week – Friday, 11pm-1am – instead of three.

After a hard day’s work, what you really want to send you off to sleep is a plastics-themed mixtape from Matmos, a blast of bagpipe jazz and music assembled from radio signals from Neptune. Instead, we’ll get a new classical music programme “designed for late-night listening”.

In the blog that he wrote to apparently downplay the bad news, Davey says it’s part of an effort to “enhance the distinctive nature of the network”. Yet both Classic FM and the newly-launched Scala have late-night classical shows to wind down with at the end of the day. What they’re not doing is playing free jazz and math-rock in the early hours.

There has been a swift response from hundreds of artists and organisations – including Jarvis Cocker, Brian Eno and The Ivors Academy – about the impact of the schedule changes on experimental music. Hundreds of listeners have responded, largely negatively, to the Davey blog.

In its 20th anniversary year, the much-loved Late Junction has received the bulk of the attention in the media coverage, although you also have to feel for the burgeoning contemporary jazz scene as it faces the loss of a key platform in Jazz Now.

Davey has failed to make any media appearances to defend the move, even on BBC networks. Instead, a Radio 3 spokesperson underlined the need to find savings as part of the overall £800 million in cuts the BBC has to make by 2021/22.

“Late Junction will remain a regular and important feature on Friday nights from the autumn,” said the spokesperson. “All our musical genres are important to us – none of the decisions have been taken lightly, that’s why, while Radio 3 has to play its part in making significant savings in all areas, we have sought to protect the full range of music genres.”

The reference to budgets is perhaps unfortunate in the wake of the BBC Sounds rollout. After hiring out the Tate Modern for a lavish launch, the heavily promoted audio and podcast platform has presumably not come cheap. Bob Shennan recently told Radio 4’s Media Show it had cost a “few million”.

Of course, we've been here before almost a decade ago with the proposed closure of BBC Radio 6 Music. Another case of BBC salami slicing, that decision was ultimately reversed. 6 Music went on to become the nation's biggest digital station – a reminder of the risks of short-term thinking by BBC managers, who don't always have a history of actually making radio programmes.

At the time the axe was hovering over 6 Music, I remember asking pluggers to name a band the station had broken. None could – but that wasn't the point. They all valued 6 Music as a bulwark against the commercial and the mainstream. Over the longer term, it could nurture artists and scenes (Steve Lamacq has been all over Idles, whose album went Top 5 and secured the indie punk band a BRIT nomination). Guitar bands have arguably suffered from a lack of on-air champions in recent years. On Radio 1, Jack Saunders’ show was launched when station bosses realised they had neglected indie rock.

Late Junction has supported artists ranging from Kate Tempest and Floating Points to Richard Dawson and Gazelle Twin. Thom Yorke, Shirley Collins, Laurie Anderson and the late Robert Wyatt have appeared on the show, while Stewart Lee’s Christmas week specials were among the festive highlights on the BBC.

Of course, there are online stations such as NTS playing glitchy electronic music for night owls. But it always felt significant and inclusive that someone like Aphex Twin was being aired by urbane presenters on Radio 3’s FM signal. It wasn’t that long ago that Late Junction had its own compilation series. Shouldn’t the upcoming 20th anniversary and standalone festival have been a moment to ramp up the show’s brand identity?

Ultimately, shows like Late Junction and stations such as 6 Music are healthy for the overall music ecosystem. Instead of allowing leftfield and avant-garde music to wither and become even more niche, that exposure enables it to bloom. Alternative culture can be contagious and influential, such as the late Scott Walker, who was celebrated with his own BBC Prom featuring musical admirers in 2017.

Even major labels understand that they need to keep relatively low-selling career artists such as PJ Harvey, Jenny Lewis and Conor Oberst on their rosters. As well as having impressive catalogues, those kind of acts bring a cachet to a record company that you don’t get necessarily get from the latest bangers by Jax Jones and Jonas Blue. Truly iconic labels have tended to take risks.

In 2019, there are several supposed heirs to John Peel in radio land. But Radio 3’s late-night oddity has come closest to the spirit of Peel in its eclectic music selections and experimental agenda. The music industry would miss the weirdness of Late Junction, if it were allowed to fade away into the night.