Vick Bain on the future for BASCA 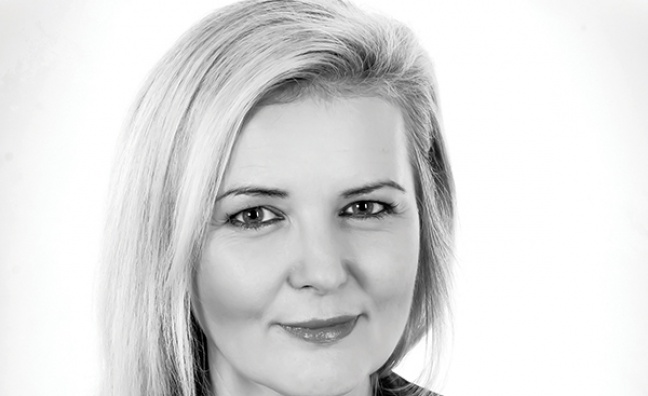 When I first started working at BASCA, I wasn’t sure how long I’d stay. But now, over a decade later, I realise it’s the strong feeling of community present within the organisation that welcomed me in, and has kept me here ever since.

Similar to any membership organisation, we have our challenges, but it is ultimately a love of music that unites us. To lead an organisation that represents the creators of music, in all its wonderful vibrant shades, is a privilege.

There are many benefits to joining BASCA – from legal advice to professional resources – but, most of all, members enjoy the opportunity to meet new people and learn from each other.

Members often say to me how “priceless” it is to swap stories and ideas with people from different musical backgrounds and disciplines, often realising they have more in common than they originally thought.

I’ve been a part of the organisation’s change and growth during the past decade and, for a relatively small organisation, I’ve seen it work towards some landmark achievements. One of our biggest motivators is our belief that the creator is at the heart of the music industry.

For that reason, we need to fight their corner because we understand that the writing process can be an emotional journey that isn’t always valued enough – in a monetary sense or otherwise. As Damon Albarn – who won Lifetime Achievement at The Ivors in May this year – said, creating a song can be “a release from something that’s really affected you”.

In the past few years, I have witnessed an encouraging change in attitudes towards the creator – from the government to the police, to the big players in the music industry and the public on the street – people are realising the seriousness of the situation through the work BASCA has done.

This has been reflected in various campaigning milestones – from last year’s big success winning a copyright judicial review and welcome discussions with Spotify to include songwriter credits in its search criteria.

These are all positive steps and I believe within three years we will also see the aims of our digital royalties campaign The Day The Music Died achieved – higher royalty income for writers, a higher proportion of advertising income, better transparency and a tightening up of safe harbour definitions.

But it is also our responsibility to shine a light on other inequalities. The world itself is diverse, filled with many different cultures, ethnicities and voices. BASCA has never been an organisation to accept the status quo and so we are also at the forefront of equality and diversity work across the sector.

One of the best things about BASCA is the fact it is what it says on the tin – it’s about all songwriters, all composers, no matter what genre – songwriters and composers. Increasingly, I am struck by the younger generation. They are no longer confined to a particular genre.

We are historically made up of genre committees because they are the remnants of our predecessor organisations – but we amalgamated for many good reasons.

It was recognised that all creators have much in common – it is all music, it is all copyright and, by becoming one voice for music writers, BASCA could pool the strength of its members, its staff and financial resources and fight together.

BASCA, as with all organisations, needs to keep updating. We have an opportunity to lead the way and bring about change.

So for example on our ‘media’ committee we have Paul Hartnoll, currently writing the music for TV shows such as Peaky Blinders but, famously, our only current committee member to have headlined Glastonbury with Orbital.

In our ‘classical’ committee we have Mira Calix who is an electronic sound artist and DJ signed to Warp Records but, increasingly, has worked within the classical realm, working with the London Sinfonietta and winning a British Composer Award… but what ‘genre’ defines her…? Just music, it is all music – brilliant music. And BASCA needs to keep updating, moving with these trends.

Any genre of music can teach us new lessons and present different challenges. In the same way, a diverse group of individuals will create more enriching opportunities and experiences within music. We were extremely excited to see a range of genres up for The Ivors this year - electronica, hip hop, grime, classical and indie folk, because it’s important to us that the talent on display also reflects Britain’s diverse culture.

And this needs to be reflected in BASCA too. We can build on this and create an organisation that embraces difference but celebrates the love of music we all share. In the words of BASCA’s first chairman, Guy Fletcher,

“The first principle of BASCA was to bring the whole writing community together to speak with one coherent voice”. An aim that I believe is still essential and fundamental to BASCA today; my vision for BASCA is for an organisation that represents all writers. With one voice. Let’s be that organisation.