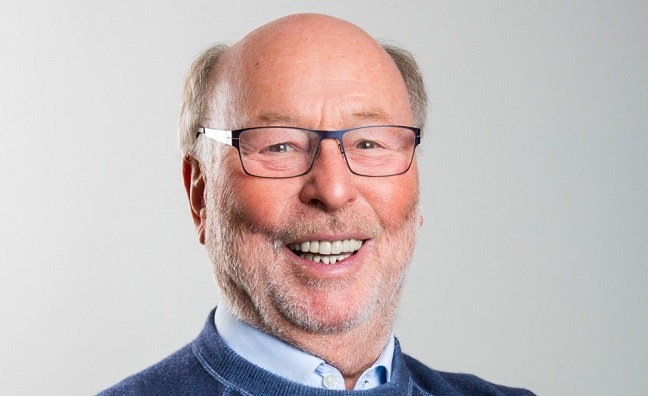 Like it or not, Brexit is coming, whether on October 31 or some future date to be determined. But, as the worrying prospect of a ‘no deal’ departure continues to loom, Chrysalis Records founder Chris Wright argues that leaving the EU must not be allowed to crush British musical creativity…

When discussing the implications of the United Kingdom no longer being a part of the EU, the Customs Union or the Single Market, it is often hard to explain to people exactly how things used to operate in Europe, when barriers to trade and travel existed.

For some 40 years now, the benefits of the Customs Union have been there for all of us to experience, and indeed many people today know no other way of operating.

“We all used to manage before perfectly well, so why should it be so difficult now?” This is something one often hears from people assuming that any complications voiced are mere scaremongering. Well, I am one of the few people still around in the music business that know how we used to operate in the past. So perhaps I can give some pointers as to what we may have to engage with in the future, certainly with a ‘crash out no deal’ Brexit, or even with a managed Brexit, in which we end up with not being a part of the Customs Union and not having a close trading relationship with our nearest neighbours.

Of course, 40 years ago, travel in general was much more restricted. We are talking about an era when the package holiday was in its infancy, flying anywhere was expensive, and it was long before budget airlines made even remote locations accessible at bargain basement prices. In essence, travelling was difficult and possibly only open to a privileged few, so any adverse effects will be greatly magnified now, simply based on how we got used to the current status quo.

Back in the 1970s, touring artists required permits to work in other countries. Often it would necessitate an exchange of musicians. If one US musician performed in England, it allowed one UK musician to perform in America. To some extent, the same thing applied in Europe. It is quite likely we could go back to something similar to this, where UK musicians need to apply for expensive and bureaucratic visas and work permits in order to tour in the EU, and vice versa.

In the 1970s, you had to have a Customs Carnet to allow your equipment to get in and out of the country. This is in the days when one group and all of their equipment fitted into a Transit van if you were lucky, and a Commer if you were not! You had to declare every single item of equipment, down to the last microphone, that you were planning on taking out of the country, and this had to be checked as you left and re-checked as you came back.

It was to ensure that at no point during your tour did you decide to sell any equipment, which would not have had the appropriate duty paid on it. Nor could you buy any equipment and bring it back into the UK, avoiding the duty that would be payable. It was a cumbersome and complicated experience that certainly made touring difficult, especially for any new artist. And that was with just the contents of a Transit van. Imagine the problems now with a couple of articulated lorries on a major European tour, even if the carnet would now need to only be declared twice – once on entering the EU and once on returning.

But more pertinently, the current policy is that anyone coming into the UK to work will need to have an offer of employment, with a salary of at least £30,000 per annum. We have become so used to the idea of musicians moving across borders, of groups being constituted of both UK and EU or other foreign nationals without this being an issue. Yet the vast majority of aspiring musicians are not earning anything like £30,000.

Musical collaborations may well still exist but it is hard to see how they will be between UK musicians and other EU musicians. Just imagine the whole host of groups that would not exist if this scenario had applied for the last 20 years.

We may all live in a contemporary musical bubble, but there is a whole world outside our own specific environment. Classical orchestras are composed of musicians from all over Europe, and many would struggle to survive if they were unable to draw on the entire talent pool of musicians. This applies to both orchestras from Europe performing in the UK and individual musicians that are components of a UK orchestra.

It is easy to think in terms of mega-rich superstars, with teams of accountants and lawyers to handle complications for them, but this is just the tip of the iceberg. For most aspiring groups or musicians, dealing with the paraphernalia attached to the UK no longer being part of Europe will truly be a nightmare scenario.