Viewpoint: Guy Garvey on the power of radio in troubled times 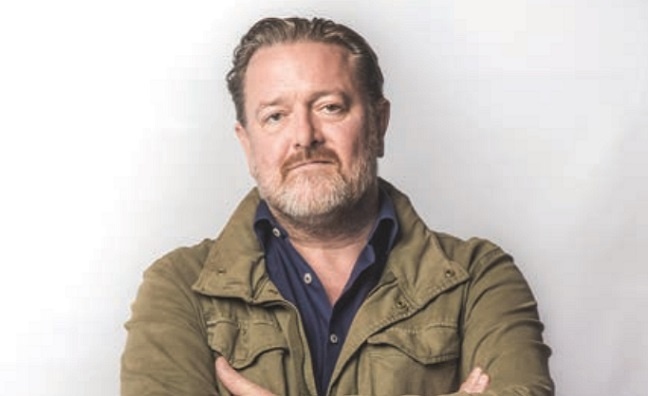 There hasn’t been much reason for cheer of late, but radio’s ability to entertain the masses has proven essential. Here, Elbow frontman and BBC Radio 6 Music presenter Guy Garvey explains how the medium’s unique power makes it the perfect companion piece – no matter what’s going on in the outside world...

I collect portable transistor radios from the ’50s onwards. They are hardly ‘pocket sized’ by today’s standards, and none of them work, but they look like Cadillacs and they represent to me the first time young people could listen to something other than what was on the crystal set at home. They created the teenager and their musical appetites. They created rock‘n’roll.

Radio has always played a key role in my life before I became a part of its output, first with Xfm and now with 6 Music, all the way back to listening to the charts on a Sunday and, when I got cooler, John Peel Monday to Thursday evenings until midnight.

John Peel playing Powder Blue from our debut self-release, Noisebox EP, (a run of 50 CDs individually burned in our manager Phil Chadwick’s office), meant we were a real band. I remember every word Peely said verbatim because I replayed the tape a thousand times: “That’s out on Soft Records from Manchester band Elbow and it’s called Powder Blue and, in a year or two, I’ll be eligible to wear powder blue slacks which is something I’m looking forward to a great deal.”

Landing in his annual Festive 50 not only meant that we were a recognised band, it also meant that plenty of people in the music industry took us seriously. Radio was vital to getting a record deal, key to Elbow being a proper band.

In the last few weeks, as everything we know has changed or disappeared, radio has been one thing that has remained the same. Most DJs have stayed in place, their shows a rare moment of continuity in a drastically altered landscape. Pubs are shut. Tours (including our chance to see 100,000 of our fans for the first time in a while) are postponed or cancelled alongside, fuck me, Glastonbury’s 50th anniversary. We are all frustrated, bewildered and scared.

All the music I hear at the moment is connecting with a different clarity, no, sharpness. It’s lifting my feet off the floor or it’s opening the floodgates or, if it’s something I don’t normally connect with, I’m either forgiving its flaws or want to angrily nail it to a cross.

Lauren Laverne is saving my day at its start every morning with her genuine, brilliant delivery of all manner of great tunes, Mary Anne Hobbs, Shaun Keaveny and Steve Lamacq following on. RadMac on the weekend are so funny my head spins and I howl laughing until my toddler looks really concerned. Huey mixes up Saturday, Cerys is perfect Sunday listening. The musical output 24 hours a day is astonishingly broad, Gilles to Don Letts, Iggy to Tom Robinson, not forgetting Liz, Gideon, Tom, Nemone’s late night party, Chris for early morning risers and Craig Charles bringing the funk and soul.

When I joined my favourite station as a presenter 13 years ago, there was a general feeling in ‘radio’ that we were the blue-haired sulky teenager of the BBC stations and I remember feeling defensive and incredulous. To this day when I discuss what I do with people I find myself saying, “Have you heard of 6 Music?” It’s a genuinely curated music station that has never been successfully tagged. I’m as proud of the station as I am of the band I’m in, because I feel connected to the other listeners who choose more than half of my playlist every week. Part of a club? At the moment it’s more a tribe.

Maybe we are a bit more capable of getting on with our much altered lives because this morning we were reminded how amazing Can were, were played a snip of Hendrix talking about the importance of love, made a connection between the new Christine And The Queens tune and some of Madonna’s revolutionary slow dance numbers, realised The New Radicals were probably Christians (20 years on my balls still cringe back into my body when the last line comes round), all without touching the dial.

Where else? Ask any music fan of a certain age about John Peel and the smile that spreads across their face as they talk about singles played at 33rpm or the phrase ‘The mighty Fall’ tells you all you need to know about the magic of genuinely curated radio. As BBC News once again becomes not a needed, trusted international voice but the only trusted voice in a sea of forwarded clap trap and misinformation from those who love it when the world hurts, its music radio stations are sustaining and nourishing people by reminding them of two of the reasons we are so attached to living in the first place: music and each other.

Turn on. Tune in. And let’s freak out together for a bit.