Viewpoint: Lessons from 40 years in the biz by Hentons senior partner Chris Panayi 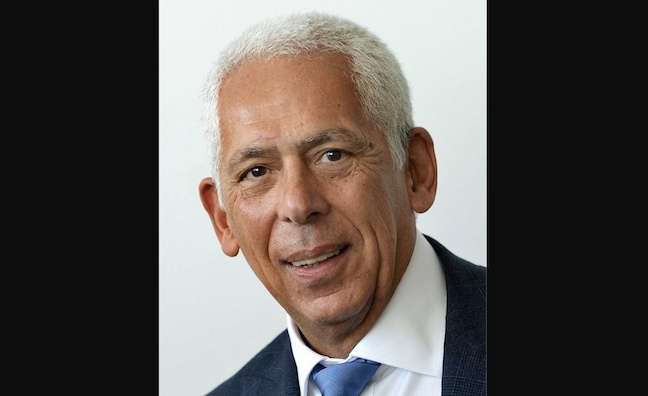 This year, Chris Panayi, senior partner at top accounting firm Hentons – incorporating C.C.Panayi & Co LLP – is celebrating 40 years in the music business. Here, he shares some of the lessons he’s learned along the way with Music Week…

I never expected to celebrate 40 years in the UK music industry, arriving in London, as an 8-year-old-child in September 1958 from Cyprus. Neither my mother, grandmother nor I could speak any English and, after a year in one room in Chalk Farm, we moved to Archway and the luxury of two.

Reflecting now, I can see the life lessons that I learnt then have stood me in good stead in my career in this wonderful industry. Yes it’s a school of tough knocks, as life often is, but believing in the benefits of adversity, the need to adapt to change and the basic decency of most people can be huge assets. They can nourish the ambition that budding artists, and executives, must have to become successful.

Life then was a great challenge and trying to learn English was my first barrier especially when I was one of only five or six foreigners in my school. The ’60s was an extraordinary time of change – culturally, creatively, socially. My first gig was in October 1966 when a friend and I went to The Ram Jam club in Brixton and saw Geno Washington. I quickly became a regular fixture there mesmerised by people such as Georgie Fame, Zoot Money, Prince Buster, Paul Butterfield, Steam Packet and many more.

I realised that I had found something that would be a major passion in my life. I didn’t have the financial means to learn an instrument, and knew I couldn’t sing, but a great passion developed especially when I was fortunate to catch Jimi Hendrix’s first ever gig in the UK. I couldn’t believe the rawness of his music, the way he manhandled his guitar to create an incredible sound and the power the trio produced was unlike anything else at that time. Music gives us belief and it was at that time I dreamt of being part of the business – not as a musician, but something I yet had to work out.

The mechanics of how business worked always fascinated me and I believed that accountancy would offer to me the conduit to that knowledge. I decided that I wanted to work in industry, serving at first as financial director and later as MD of a major company until luck smiled at me in 1980.

‘The harder you work the luckier you get’ goes the saying and meeting my wife Anne in 1970 wasn’t just a personal game changer but a professional one as well. Through one of her closest friends, Doris Dixon, she introduced me to Barrie and Jenny Marshall of Marshall Arts and Concert Sound. In October 1980, Barrie gave me the opportunity to act for his two companies and when I also met the bass player of a then newly signed band Way Of The West, I had my dream of starting my company in the genre I loved.

I bought my first office in 1986 (one floor in a building of four floors) and the business flourished. Primarily we specialised in looking after sound engineers, lighting designers, writers, security companies but meeting Jazz Summers and Tim Parry with their client base in 2001, meant our business truly took off. By 2006, the whole building was mine.

Success comes from working hard but also working smart. Those early gigs had fuelled my passion for music that never left me in all my time in the business and I believe I understood the importance of that in building new relationships – as well as bringing a sense of professionalism and trust that creatives look for.

It’s incredibly difficult to become a successful artist – harder now than probably ever – but I am immensely proud of the way that the business developed. For the financial services we offered, it had to, I felt, to be effective, become something more in the lives of our clients and offer a greater overall level of support. Financial security, whilst rare, is one thing but being able to provide emotional support – the professionalism and trust part – is something that many artists need and value.

I like to think that’s how I developed a business with an incredible roster of artists, established and up-and-coming, British as well as international that has been strengthened yet further following the merger with CAs Hentons.

We are delighted to be able to work with incredible artists looking after their worldwide touring requirements, personal and business financial needs as well as completing their statutory obligations.

Our business, as everyone’s in the last few years has changed massively but the constant factor is that we, as service providers, are dependent on the creativity of those that write and record the wonderful music that makes for this industry. We have nothing without them and that is why the professionalism, trust, advice, support and the understanding that we can offer are so important.