Viewpoint: The spirit of rock radio 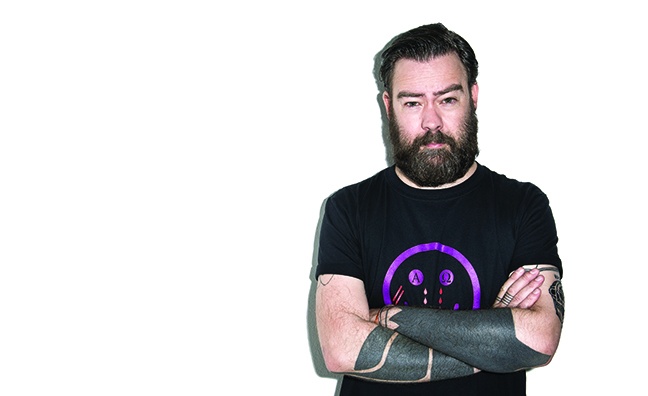 I never considered being a DJ. I had always played in bands, one of which had a brief moment of success. I put a lot of that down to people like Steve Lamacq and Zane Lowe supporting us on Radio 1.

We quickly saw the difference it made. The only radio I had done before presenting The Rock Show, was going on it to be interviewed.

My first taste of curation was when I was being interviewed by Mary Anne Hobbs and she asked me to bring in something new that I was excited about. That was the first time Biffy Clyro got played on Radio 1, so it was a decent start.

Anyway, these days we are all in a fantastic position, a world of limitless choice and access across countless platforms. There is so much music available and that’s where I think curation is everything.

There are streaming platforms with incredible subscription figures, but that doesn’t always mean that people will find the music that will resonate with them. Algorithms that track your listening habits and throw forward other songs ‘you will also like’ don’t always get it right.

Putting things together because of tonal elements, lyrical themes or simply because they create a listening experience is still really exciting.

A huge amount of listeners still want that journey, I think. Good curation is about championing not just the established and the newly emerging bands, but also helping the undiscovered to emerge. It’s about playing an exclusive from a band and seeing the entire fanbase get stoked days before, watching the clock, waiting for that moment when they get to hear it.

Those initial four bars when the tweets begin: about how much the listeners love it, how the band mean everything to them and how the new song is the best thing the band have ever done – all before the pre-chorus has even ended.

When a band’s trending worldwide on Twitter because their song is on the radio in the UK, with people listening in via any device they can, in a bunch of different countries, that experience is a special thing.

But, as I said, there is a sea of choice and it’s a challenge to try and cover it all. Rock and metal have a myriad of sub-genres and sub-sub-genres. In a three hour show, I have to try and reflect a lot. When the show moved from the Monday at midnight slot to Sunday at 7pm, I realised things had to change a little. Across 180 minutes I try to make it flow.

The opening tracks are coming off the back of a chart-based show, I realise that if I were to open with a 10 minute post-black metal epic it’d be jarring.

Maybe they’ll keep listening as we first dip our toe in, moving through the show until we are finally out in the deeper and darker waters. Maybe not, but that’s the hope.

Over the course of the three hours we travel from Pvris, SWMRS or Dream State to Wear Your Wounds, Viagra Boys and Zeal & Ardor.

In between, there’s a lot of ground to cover (Puppy, Code Orange, Meshuggah, Chelsea Wolfe, Oathbreaker etc..) but that’s awesome, those things aren’t likely to be on a playlist together otherwise.

Aside from this, there is Maida Vale. A set of studios that has hosted legendary sessions from Zeppelin, Bowie and Napalm Death.

Bands are excited to be there. We have the best engineers in the world and for a band to go in, set up, record live and to become part of that history is the best.

Emma Ruth Rundle said her recent session was one of the most incredible experiences she has had as a recording artist and the listeners react to that equally.

Only this year, Metallica recorded their first ever session at Maida Vale, I was overjoyed to have been a part of it.

The sessions are special, the bands realise it and so do the listeners. They offer something new.

Interviews on the radio are different from print, too.

Maybe you don’t get a huge feature with some beautiful photos, but you do hear an artist in their own voice saying why they make music and then as a payoff, you hear the actual song they’ve been discussing. Its really inspiring.

I’m fully aware how people listen to and digest music and I think radio plays a huge part in that still. It offers so many things that are truly unique.