Viewpoint: Why we need more senior women in in the industry 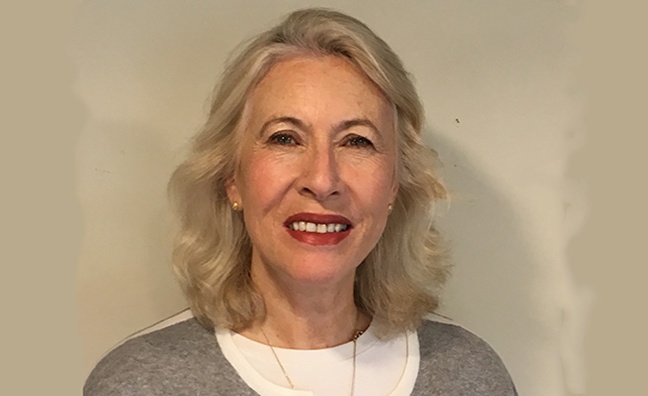 Women In Music celebrates the achievements of women in our industry – and also causes a few of us to question why so little progress has been made to increase the numbers of senior women in the boardroom.

Why do we need more senior women in our industry? Put simply, because diverse teams of people are more creative, more dynamic and more profitable to an organisation than homogenous teams, which in the music industry’s case, and in many others, means middle-aged white men.

It makes good business sense not to leave half the workforce behind. I’ve worked in the industry for nearly 40 years and still I’m often the only senior woman in the meeting: this caused one CEO to vent, Where are all the fucking women?

The importance of gender diversity in the workplace has long been talked about and there’s a general agreement that it’s ‘a good thing’, but no strategy has been designed to make this happen. Is this because those who should be tasked with effecting change have a vested interest in maintaining the status quo?

The music industry is a creative world, transformed by digital technology, its artists are diverse, it should be leading the way.

The good news is, there are signs that, in 2016, change may be on its way. In her PM acceptance speech, Theresa May highlighted the need to close the pay gap, while most significant for the music industry is UK Music’s Diversity study, which is the biggest data collection initiative in the industry’s history.

Perhaps, finally, there is a collective will to change the traditional homogeneity of the global music industry.

Gender equality needs to be ‘designed’ into organisations. The blueprint for change has to include a radical rethink on current, old-fashioned work practices.

The internet has enabled us to work anywhere at any time and yet we’ve allowed this flexibility to literally work against us; staying connected wherever and whenever, but we are still expected to do the 9–6 hours, five-days-a-week in the office?

By restructuring the way we work, we allow men and women to achieve a healthier work/life balance. One guy I spoke to said, It depresses me that I rarely see my children in the week, but I’d never mention this to my colleagues.

It was dispiriting to hear that not one new dad availed themselves of their company’s paternal leave scheme.

The decision to start a family often coincides with the time when promotion to more senior posts is being competed for, and is often cited as the main reason why women aren’t reaching the senior position in large numbers.

There is no doubt that maternity provision has improved in the industry and there is a realisation that talented women who are mums need support during their baby’s early years.

Returning to work after having had a baby is challenging, priorities have changed, the need to be a good mum and be good at the job can often lead to a sense of inadequacy: a lot of talented women grind to a halt at this point.

Workplace culture in our industry was designed by the boys for the boys. Often these ‘boys’ are fathers who have wives at home looking after their children, and yet too often they display a lack of sensitivity to their female colleagues who are juggling a baby and work, a challenge that they’ll never have to face.

And there’s plenty of women that believe young mums should “just get on with it and if you can’t handle it, find something else”.

To retain talented women who are mums, the playing field has to be tilted to reflect that they are in effect doing two jobs, and that the early years pass very quickly.

So what’s holding back women that are not mothers and who are keen to rise to the top of their organisations?

‘Misogyny and sexism’, ‘women get fed up with the politics’, ‘they don’t ask for promotions and knock on the door like the boys do’. Perhaps it’s a combination of all these?

At the beginning of this piece I said gender diversity has to be designed into an organisation and I’m working with Swiss-based EDGE Strategy (Economic Dividends for Gender Equality), which is doing just that.

It’s the commercial arm of the EDGE Certified Foundation which created the world’s first global certification for gender diversity. Gender diversity is measured, assessed and a plan of action with targets is agreed, and regularly audited.

It’s about training. We can learn new behaviours, but the benefits need to be believed in by all.

Gender diverse teams are smarter and more productive, it really is that simple.