'We have badly strayed from a world where artists control their work': Rosanne Cash on today's Copyright Directive vote 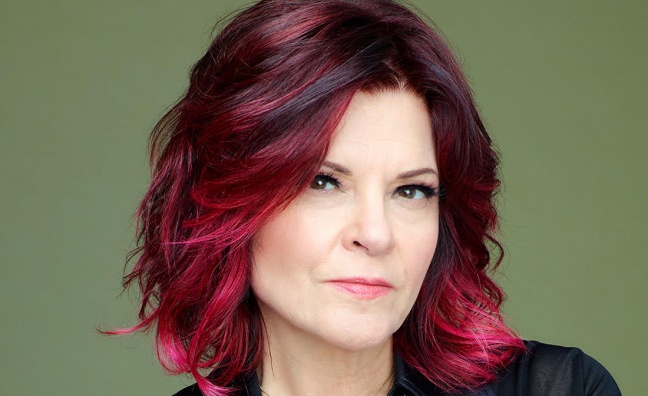 It’s finally here. Today, members of the European Parliament will vote on the proposed new Copyright Directive - and whatever the result, it’s likely to have far-reaching ramifications for the music business.

Most of the music business is lined up squarely behind the proposals, including the controversial Article 13, which would make internet platforms liable for their content, meaning the likes of YouTube would have to remove unlicensed content or obtain different licenses. The tech lobby, unsurprisingly, disagrees, with YouTube’s Robert Kyncl making a rare public statement against the proposals.

Many artists, meanwhile, have to walk a tightrope between campaigning for a better deal while working with YouTube. The other day, former Fugees star Wyclef Jean broke ranks and wrote an anti-Article 13 blog for Politico that claimed such platforms were “less threat, more opportunity”.

Not all his fellow musicians agree. Rosanne Cash, Grammy Award-winning singer-songwriter and vice president at large of artist advocacy organisation Content Creators Coalition, today hits back with an exclusive opinion piece for Music Week, explaining why it’s so vital that MEPs vote in favour today. Read on…

Article 13 is an opportunity to do better

The countries of the European Union have always taken the lead protecting artists’ moral and creative rights, recognising the cultural, emotional and spiritual value of our work. The EU paved the way over 100 years ago in the Berne Convention, with the United States bringing up a very far rear guard, refusing to sign on until 1989. More recently, the EU has been at the vanguard of policing the high-tech economy and the rise of the internet.

And now, in that great tradition, Europe is once again called upon to lead by clarifying a copyright law passed nearly two decades ago. Those proposed clarifications are referred to as Article 13.

When the internet exploded in the 1990s, one big problem was immediately clear: the ability to distribute perfect digital copies of movies, music, and photos would wreak havoc on the arts. Who would pay for music or films when unlicensed (but free) copies were everywhere online?

One answer to this problem was copyright – but that terrified the new internet companies who feared being held responsible for copying by their users. The solution was to create “safe harbours” requiring tech companies to take basic steps to keep unlicensed creative works off the internet in exchange for protection from the unpredictable risk of massive liability.

But that approach has fallen short as the internet has grown. Thousands of unlicensed songs and videos are uploaded to YouTube every second. Sending a notice for each one is impossible for even the biggest record companies and a fool’s errand for small labels and independent artists. We have badly strayed from a world where artists control their work and receive fair compensation when it is used. Article 13 will clarify the E-Commerce Directive to restore this original and fundamental idea.

I appreciate there are other views. My fellow musician, Wyclef Jean, endorses the current system and argues it is beneficial.

I agree with Wyclef that the internet brings value to artists and provides opportunity to connect with and better know our fans. His advice to “embrace the community” and engage with those who love our music is right on.

But the claim that he can “set [his] own rules about how [his] work is used” is far more puzzling.

Overall, his essay makes clear that, faced with the ubiquity of unlicensed content and the futility of policing the entirety of the internet, he had no choice but to find a way to make it work. YouTube sets the rules, and Wyclef is rightly proud he has made the best of it for his career. But, to me, that is not real freedom or artistic control.

To be clear, no artist opposes another’s choice to give their music away. As long as everyone is free to make their own choices. Without the latter, musicians are not their own “landlords,” they are being exploited.

In the United States, I know many musicians who have become dispirited or left the music business altogether, feeling their place in society is devalued and it’s simply impossible to put food on the table as a working musician. I see young musicians give up all the time because they can’t sustain themselves. I fear we are losing an entire generation of new musicians, the songs they will write, play, and sing, and the immeasurable value they will bring to our culture.

Opponents of Article 13 argue its supporters have failed to embrace technology. A reasonable argument could have been made in the year 2000 that the music industry needed to adapt to the digital age, but today, when more than 40 million tracks have been licensed to hundreds of digital services worldwide, that argument seems stuck in the past.

No artist opposes another’s choice to give their music away. As long as everyone is free to make their own choices. Without the latter, musicians are not their own “landlords,” they are being exploited.

I am also struck by how self-described disruptors and unquestionable innovators claim it’s somehow impossible to protect musicians’ work. Google indexes more than 30 trillion unique URLs on the Web, crawls 20 billion sites a day, and processes 100 billion searches every month. Using computer vision, machine learning, and elbow grease, it has mapped 99% of all public roads in the United States. But, when it comes to unlicensed uploading of music, nothing more can be done?

We know more can be done because in so many other areas, where there is a profit motive, it has. Clearly, the problem is not ability, it’s incentives.

In the United States, we have clearly made a mess of things – promoting a “look the other way” culture that has fostered an online ecosystem overrun with hate groups, Russian bots, and countless other ills. It’s time to return to first principles and responsibility and I hope the EU will lead the way. Article 13 would be an important first step towards a more humane, accountable internet for European artists. I hope US policymakers would then take notice and follow suit.

Speaking to the United States Congress about the safe harbours, my dear friend, legendary artist, songwriter, performer, and producer T Bone Burnett beautifully articulated what’s at risk: “A music economy that works. That keeps the river of creation flowing. That gives the kid who walks out the door with a guitar on her back a chance. And gives all of us a chance to someday hear her play.”

For the sake of a fair music economy, for that kid and so many others, we must do better.

* To read Music Week's piece on how the music biz can win the Copyright Directive end game, click here.