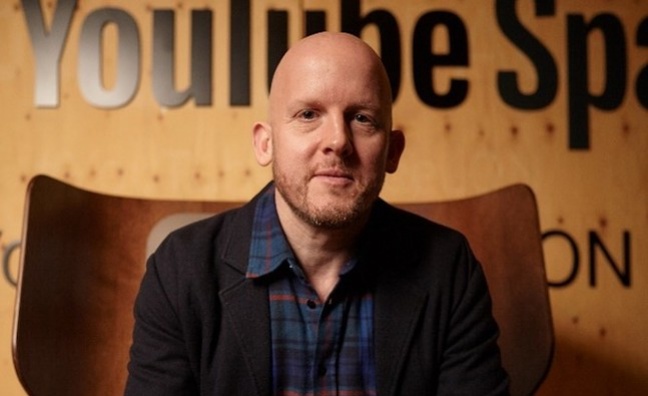 The Music Industry Trusts Award (MITS), which takes place on November 7 at the Grosvenor House Hotel, will this year posthumously honour Jamal Edwards.

In the latest edition of our BRIT Trust Diaries, Dan Chalmers, head of YouTube Music EMEA and co-chair of the Music Industry Trusts Award, reflects on the important role of the ceremony for the music community…

It’s been all change here at the MITS Award. Our 2021 event was the last to be overseen by the legendary David Munns OBE, having chaired the Award for over 27 years. 2022 will see many firsts, with Toby Leighton-Pope and myself taking on David’s role as co-chairs, and also the first posthumous recipient in our history – the extraordinary Jamal Edwards MBE.

As we mark this new era, we’ve obviously been thinking about the future direction of the Award. But it’s also given us an opportunity to reflect.

On a personal level, my first encounter with the MITS was back in 2000, as a marketing assistant at Universal. The recipient that year was Ahmet Ertegun, the late founder of Atlantic Records, and we were given the honour of producing his tribute CD for the event.

While compiling the tracklisting, I was astonished to learn about how many hugely influential artists he had championed: Aretha Franklin, The Bee Gees, Led Zeppelin, AC/DC, Otis Redding, Genesis, and so many more. We decided to make the CD gold-plated to befit his pioneering work in the industry. I actually ended up bumping into Ahmet in the toilet that night! But it was working with the MITS that year that made me realise how important it is, and I’ve supported the Award event since, both as a fan and later as part of the committee. So it really is a great privilege for me to now be co-chairing it with Toby.

While we look back on the MITS’ decades of history, our personal connections to it, and the achievements of our roll call of winners, it’s also important to think about what the MITS committee has achieved over the years too, under David’s leadership – both in terms of making the event happen, and how it’s left its mark on the UK music industry. It serves as a timely reminder of why we’re here, and why we’re doing it.

During my first encounter with the MITS, I actually ended up bumping into Ahmet Ertegun in the toilet!

The MITS Award recognises the most talented people working in our industry, including globally familiar stars on our screens, but also the people working hard behind them, creating opportunities for others – like Jamal and Ahmet. What makes the MITS Award so unique and beloved by the industry is that we celebrate the wider context of our recipients’ success, too – the cultural environments that helped to produce and foster these individuals’ talents in the first place. That’s where the work of the charities that the MITS supports come in, and why we feel it’s so important for us, as an industry, to give back – namely through our fundraising. We’ve raised over £7m for Nordoff Robbins and The BRIT Trust so far.

As anyone who loves music in any form will understand, it’s a medium that holds a unique power over our emotions and understanding of the world. It’s an indelible aspect of the vast majority of cultures globally – to enjoy music is to be human. This phenomenon is made clear through our charities’ work: at Nordoff Robbins, it's the person with profound disabilities given a vital means of communication through a music therapist; at the BRIT School – one of the BRIT Trust’s most renowned beneficiaries –  it’s the disadvantaged child awarded a free place to study, and thereby an opportunity to succeed in ways they were unlikely to have been able to otherwise.

These individual stories of life-changing, positive impact are realised by our charities year after year. However the impact can also be seen on a wider level, too. To visit the BRIT School is to feel the beating heart and spirit of UK music, at its essence. It’s only through being there, experiencing its unique atmosphere and the energy of its pupils, that you can truly comprehend its importance to the UK, both culturally and economically.

It really is a driving force of the industry – aside from developing the creative talent of its pupils, it nurtures the vital skills behind the scenes too, from record producers to lightning technicians. While we all know the celebrated famous names that make up the school’s alumni, it’s so much more than that – much like our list of previous MITS Award recipients. In fact, many pupils will probably become the MITS Award winners of the future. That’s why we feel it’s so important that the industry gives back.

We can’t wait to see you all at the MITS in November, to help mark our extraordinary legacy, inspire the next generation of talent, and, most importantly, to celebrate the remarkable life of Jamal Edwards  – a fitting recipient of this momentous MITS Award year. By helping so many others through music, and his dedication to the industry, he is an inspiration to us all.