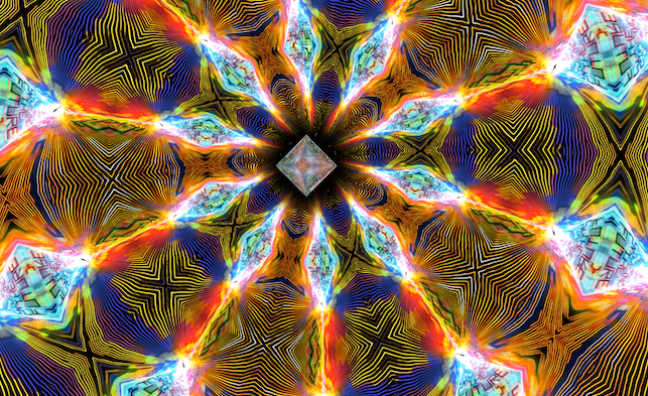 Music drives connection. This has never been more apparent than in recent years: when sharing a physical space hasn’t been possible, music and technology have combined to connect audiences in new ways. In the first of a four-part series, Meta’s creative lead, entertainment, Jane Kinnard, and global client partner, entertainment, Vanessa Bakewell, write about what to expect next...

People around the world use Meta apps to connect with friends, support social movements, seek out entertainment, and discover new ideas, creators and brands. While innovation drives these immersive experiences, connection makes the biggest impact on fans and new audiences.

This digital experience truly comes to life in entertainment. Technologies like augmented reality (AR) and virtual reality (VR) are enabling us to push creative boundaries, drive deeper connections and create more immersive and communal experiences. Working with creators, particularly in AR, creates a new audio and visual immersive beat in a music campaign that merges the themes of participation, self-expression, gamification and sheer entertainment. Let’s look at some recent examples of how the technology can be used...

Tune in to augmented reality

AR allows music to blend the real and virtual worlds. With over 700 million AR filters used monthly on Facebook and Instagram, Meta apps have the biggest reach when it comes to this technology. On average, we see campaigns that add a more immersive experience achieve a 34% uptick in deeper brand lift metrics. This enables creators to better connect with audiences and drive deeper engagement.

EMI Records partnered with WPP and Epic Games to transport music fans to new virtual worlds for the launch of Bastille’s new album, Give Me The Future. Designed using the 3D creation programme Unreal Engine, fans from across the globe could enter the virtual world as avatars and even interact with the band – bringing them closer than ever before. The experience was later created for Meta Quest so that people could step into it again and again.

“By embracing Unreal Engine, the team had the flexibility to move and iterate on hero assets in real time,” said Rachel Stones, business development manager at Epic Games. “This will change the way production teams think about the future of live events and build for the metaverse.”

The Bastille launch campaign also leaned into AR, working with AR creator Yarin Lidor. Lidor had highlighted the potential of a sampler style experience for fans. Having built numerous sampling effects before, he was able to bring his learnings and suggestions to

the team early on and unlock unseen potential. With so many facets to explore within AR, finding the right creator is half the battle.

“The band wanted to give fans an interactive way to get their input,” explained Lidor, “which spawned a unique AR experience that allowed users to unlock album visuals and start a journey that let them play and share the musical instruments they liked most.”

Bastille wanted to give fans an interactive way to get their input, which spawned a unique AR experience

“This is yet another exploration from Bastille’s Give Me The Future campaign where they are pushing the way music and technology intersect,” added Dinushi Perera, creative director at EMI UK. “This interactive AR experience allows users to unlock a unique journey that brings to life music experimentation like no other.”

Ahead of the launch of George Ezra’s latest album, Gold Rush Kid, Sony Music UK created an Instagram AR filter with two effects that combined the real and virtual worlds. The first effect enabled fans to place an avatar of the artist in their real environment for an instant mini-concert; the second effect brought the album artwork to life in a new dimension, featuring a chromatic effect and sound-on music experience.

AR linked to the album artwork was featured on marketing materials including out-of-home. The AR filter created a unique audiovisual experience for fans. Not only did it generate anticipation for the new music, but it encouraged fans to interact with the launch in their own way, amplifying their connection with the artist.

Entertainment of the future

Coachella fans from around the world immersed themselves in the ‘Coachellaverse’, with several AR effects that amassed over 100,000 opens on Instagram. These included giving users reactive butterfly wings with 2D body tracking, creating a virtual portal into the festival when hovering over the invitation, and location-based AR experiences around the site with geo-anchoring. The virtual touch points connected fans – both in attendance, and around the world – with the festival and each other.

Entertainment brands are already leveraging connected experiences, often with AR technology, to bring audiences closer to their campaigns. But we’re only just scratching the surface.

With people still adjusting to how they interact with the world around them post lockdown, it’s not surprising that this social reset has unlocked new ways for artists to be connected to their audiences. As we move towards the metaverse, campaigns that push the boundaries of technology will stay relevant. Artists should consider building partnerships with other creators to bring something truly unique to consumers that capitalises on both their talents and strengths.