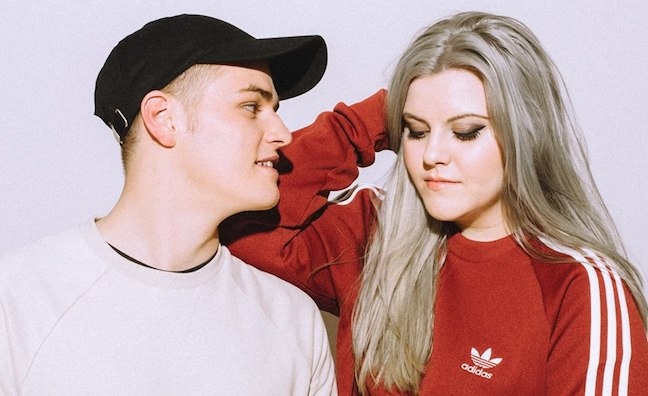 Gethin Williams and Catrin Hopkins are signed to Warner’s East West for recordings. Their single Told Me has more than 11 million Spotify streams, as well as the support of BBC Introducing in Wales, London and Merseyside. Told Me has also been played on Radio 1.

The track hit No.1 on Spotify’s New Pop Revolution as well as appearing on the streaming platform’s US Viral 50.

In a statement, Dusky Grey said: “We are so thrilled to be joining Bucks. It’s been such a rollercoaster journey for us since sitting in a basement flat in Wales a year ago putting out a song. Now here we are signing a publishing deal with a company who represent writers who have been involved with some of our favourite music. Dreams can come true.”

Keith McColl and Bex Redwood at ROM Management added: “Bucks are an ideal home for Dusky Grey. Put simply, the team won us over with their enthusiasm and shared vision for the long-term ambitions for the band as writers. Things have happened to this band at such a whirlwind speed ending up on Radio 1 playlist eight months after putting out their debut track. The band are looking forward to building a lasting relationship with Bucks and hoping that collectively we can all smash 2018 with some killer music that the band have been building over the latter half of 2017.”

Bucks Music Group Director Creative A&R Sarah Liversedge said: “This deal feels so fresh and exciting. Our creative team are energised and ready to spearhead Gethin and Catrin’s creative journey into 2018. We are also super excited to be working with Keith and Bex at ROM Management and with Paul, Josh and the team at East West."

Label publishing partners include Heavenly, Nude, Arts & Crafts and No Hats No Hoods.