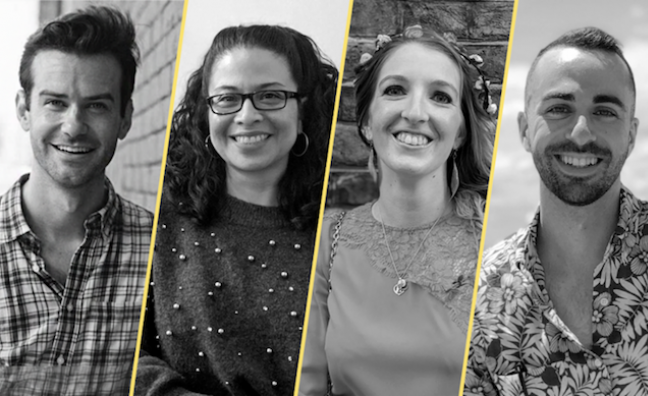 Downtown has expanded its global finance team with a series of hires and promotions.

The music publisher has promoted Dan Bettes to VP, finance and Eugenia Beltran to director, US accounting operations and treasury. It has also appointed two new hires: Rebecca Davies Cooke as international accounting manager and Dan Bechhofer as senior accountant.

“When I joined Downtown in 2016, our strategy was to create the leading global rights management platform that would include a corporate finance and accounting function that could handle any transaction from any part of the world,” said Downtown CFO Alan Goodstadt. “These additions to our growing team further Downtown’s continued investment in a diverse workforce, recruiting from both within and outside the music industry.”

Bettes developed a global accounting and treasury management system, which has enabled the company to integrate its accounting and business operations.

Goodstadt said: “The people and systems that Dan has put in place have been the backbone supporting the company’s recent expansive growth.”

Bettes will be responsible for all accounting and financial reporting, treasury, and FP&A infrastructure across the company’s business units globally, as well as strategic initiatives in corporate finance and M&A. He started his career at Deloitte.

In her newly appointed position, Beltran will be responsible for managing Downtown’s treasury and core accounting operations across all of its US businesses. With over two decades of experience in the music industry, she joined Downtown as an accounting manager in 2013 at the company’s New York City headquarters. She will continue to report to Bettes.

Davies Cooke will manage the company’s international financial operations from its growing office in London and will report to Bettes. Davies Cooke has worked at accounting firms including KPMG and Grant Thornton.

Joining Bettes’ team in New York, Bechhofer will help streamline Downtown’s financial reporting processes and act as a liaison between the company and its external auditors. He previously worked at PricewaterhouseCoopers as a senior associate in the firm’s assurance and advisory practices.