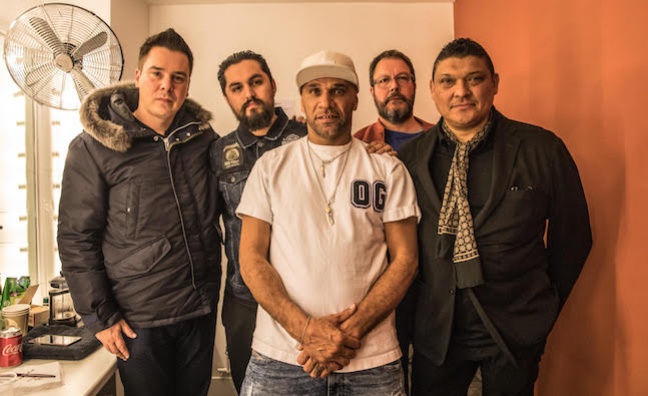 Downtown has announced a worldwide publishing deal with Goldie.

The partnership covers both the drum and bass pioneer’s songwriting catalogue, including the 1995 debut Timeless and this year’s album Journeyman (Cooking Vinyl), as well as future compositions, such as a planned collaboration with Skepta.

Goldie said “I’ve always had this really weird feeling, from a spiritual level, that everything I’ve ever built has led to this moment. Where finally, after the 25 years I’ve had in music, I’ve finally found a home from home, where I can actually create a landscape which creates an even better portrait in the type of architecture that I’ve always desired. I think Downtown’s given me that. It gives me the kind of architecture that I need to build these new shapes moving forward.”

Daniel Lloyd Jones, Downtown UK head of A&R, added: “I have so much respect for Goldie and all he has achieved. We are so proud to have him join Downtown, not just for his immense writing ability but also the wisdom he brings with him. He is a genuine polymath and was a cultural influencer long before the dawn of social media. He has worked with everyone from David Bowie and Noel Gallagher to Skepta and Jessie Ware.”

Goldie’s manager Karl Nielson added: “Passion, enthusiasm, and creativity go a long way with us, Dan, and the Downtown team have that in abundance, and we are looking forward to creating new magic with them.”

The announcement follows the publication of Goldie's autobiography.

Saltwives are celebrating a fifth week atop the European Border Breakers chart as co-writers of Zayn’s Dusk Till Dawn.