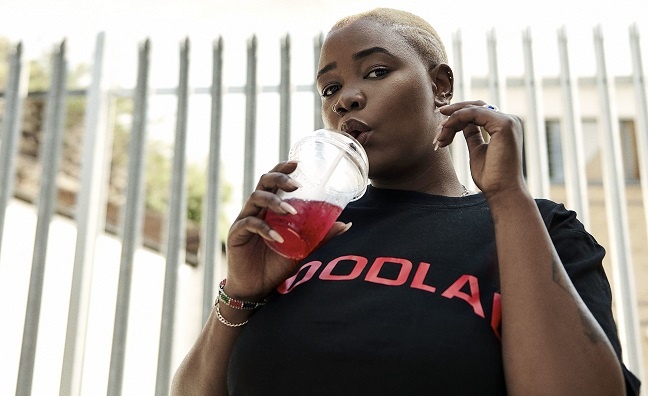 It follows the release of her new single London, as well as a performance at BBC Radio 1’s Big Weekend.

Hamzaa made her debut TV performance on the BBC’s Later… with Jools Holland. She has since been featured on London’s Reprezent, BBC Radio 1Xtra, BBC Introducing and Julie Adenuga’s Beats 1 show on Apple Music.

“I’m so excited to create and bring to life not only my world but others’ too,” said Hamzaa. “Downtown felt like family from the start and I’m so ready to go on this journey with them!”

“It's more difficult than ever to attract and maintain people's attention because of the enormous amount of content constantly being uploaded into the system,” said Andrew Gould, Downtown’s SVP and head of North America A&R. “As a result, two long standing principles are more important than ever: composition is king and extraordinary is where the bar should be set. Hamzaa is extraordinary — as an artist, songwriter, and human being. All of us at Downtown are beyond excited to be her publishing partner.”

“Hamzaa’s ability to paint vibrant pictures with such honest narrative truly sets her apart,” added Downtown A&R manager Davina Merchant. “It is a tremendous honour to welcome her to Downtown, and we are thrilled to work with such a promising new artist — as well as her management team, Ella-Bonai Gordon and Zeon Richards at Renowned.”

Hamzaa is set to perform at Glastonbury festival.