Emeli Sande to be honoured at 2017 BASCA Gold Badge Awards 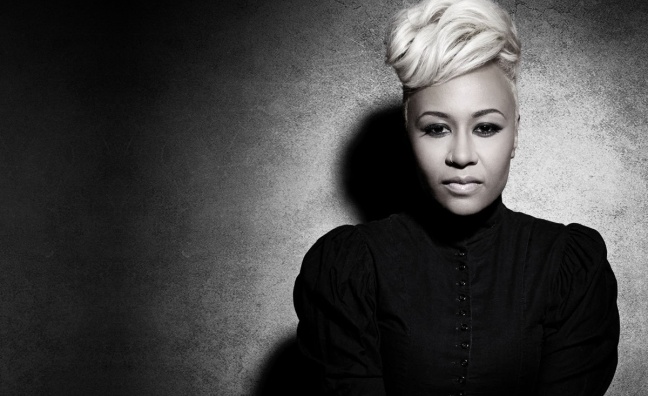 The British Academy of Songwriters, Composers and Authors (BASCA) has announced that Emeli Sande will be among the 2017 Gold Badge Awards recipients next month.

The ceremony will take place at the Savoy hotel in London on 2 October from 11.30am to 4.30pm. The 44th Gold Badge Awards are presented by BASCA and sponsored by PPL and PRS for Music.

Sande, who was appointed an MBE in 2017 for her services to music, will collect the Gold Badge Award sponsored by PPL.

BASCA chairman Crispin Hunt said: "Music is rarely created only by musicians, just as musicians rarely create only music. At the 2017 Gold Badge Awards, BASCA is honoured to recognise these exceptional individuals whose talent, taste, protection and purpose is an inspiration to all in British Music writing and whose unique contribution to British Music deserves to be celebrated.”

The awards, hosted by Guy Fletcher, celebrate the contribution of 12 individuals who have supported or inspired the UK songwriting and composing community. BASCA will acknowledge contributions to the worlds of jazz, contemporary classical, film & television music, and songwriting.