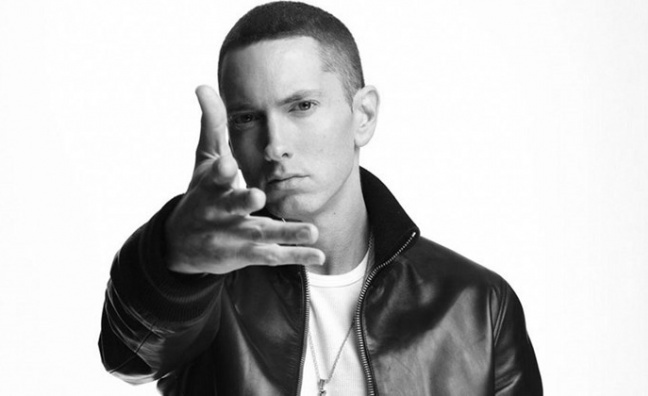 In a lawsuit filed earlier this week in a Nashville federal court, the rapper's firm have claimed the streaming service has infringed his copyright by reproducing 250 of the artist's songs on its service.

It is believed, if successful, that damages arising from the suit could run into billions of US dollars.

According to court papers shared by US media outlets, Eminem's publisher not only claim Spotify has failed to account for actual streams and have "instead remitted random payments of some sort, which only purport to account for a fraction of those streams", but they have placed the rapper's 2002 track Lose Yourself into a category reserved for songs for which the owner is not know.

With the Oscar-winning, chart-topping song featuring heavily in Eminem's 8 Mile film, the lawsuit suggests it is "absurd" that Spotify cannot locate its owner.

The new law was supposed to make it easier for tech companies to pay rights holders, however the Eight Mile Style lawsuit not only claims Spotify have failed to live up to its obligations under the law, alleging that they have used provisions of the act to stream tracks without making an effort to try to find their owners, but that the new legislation brought forward by President Donald Trump is unworkable.

The suit claims that the Music Modernization Act represents "an unconstitutional denial of due process" because it impedes the "right of a plaintiff to receive profits attributable to infringement, statutory damages, and attorneys’ fees."

Earlier this year Spotify announced it had posted its first profit, while hitting its Q4 target of reaching 96 million subscribers.