'He is a special talent': Warner/Chappell signs Reuben James 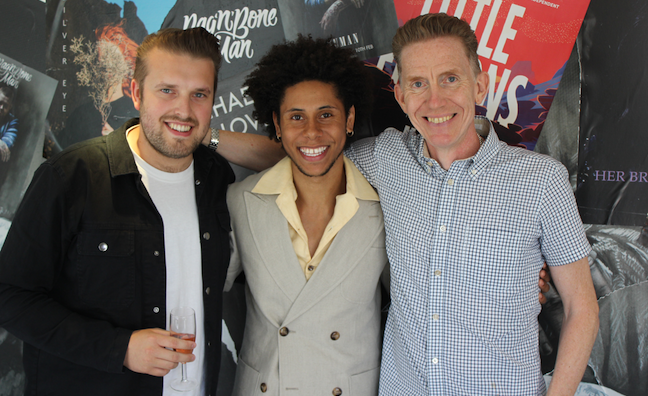 James has forged a successful co-writing partnership with Sam Smith, including the album title track The Thrill Of It All and the song Him.

A former Rising Star winner at the British Jazz Awards, he was recruited to join Smith’s band while he was playing at Ronnie Scott’s. He went on to perform with Smith on his global tours and co-wrote the two tracks on his recent album, which has sold more than four million copies worldwide.

Mike Smith, MD, Warner/Chappell Music UK, said: “Reuben is an incredibly gifted musician and songwriter. I’m so pleased he’s going to take centre stage and release his own material, as well as continuing to tap into his global contact book to keep collaborating with some of the finest artists around the world.”

Saul Fitton, international creative manager, Warner/Chappell Music UK, added: “Reuben is a special talent. His songwriting and musical ability is truly incredible and I’m sure he will go on to have a fantastic solo career. It’s great to be able to have someone of Reuben’s calibre on our books and have him collaborate with our other amazing songwriters.”

Reuben James said: “I’m delighted to sign this deal with Warner/Chappell as I take the next step in my career.  want to continue collaborating with amazing artists, but I’m also looking forward to writing and release music in my own name, exploring the boundaries between jazz and pop sounds."

James’ current projects include working with UK band Honne on their upcoming album, as well as the current single for Californian producer Kingdm. He also plans to release his own records alongside artist collaborations.