'He is a true pioneer and visionary': Sony/ATV and Stellar Songs sign Octavian 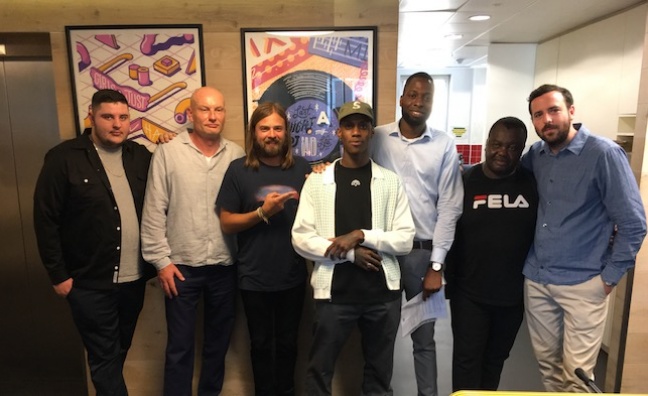 Sony/ATV Music Publishing and Stellar Songs have signed Octavian to a worldwide deal via their joint venture.

As revealed in the latest issue of Music Week, the deal comes ahead of a mixtape set for release next month.

The rapper, singer and producer from south-east London has been tipped as a rising star by media, as well as being publicly endorsed by Drake. The Canadian superstar posted lyrics from Octavian’s breakout track Party Here on Instagram and was filmed singing along at a Golden Globes party.

The underground success last year of Party Here led to a label deal with Black Butter Records, home to artists including J Hus.

Octavian was born Oliver Godji in Lille, France but relocated with his mother to Camberwell in south-east London as a toddler. After moving back to France, he returned to London as a teenager and enrolled into the BRIT School.

Sony/ATV head of A&R, UK, David Ventura, said: “The first time I listened to his music I had to ask myself what planet he was from! He is so unique in his writing, in his melodies and in his delivery. In truth, I haven’t heard anyone doing what he does, and I am his biggest fan. He is a true pioneer and visionary. I simply cannot wait for people to discover him.”

Stellar Songs co-founder Tim Blacksmith said: “Stellar Songs is elated to have Octavian join the family. I have been extremely impressed by not only his music prowess but also his understanding of visuals, art and fashion that makes up his very unique and compelling sound.”

Octavian features on Mura Masa’s recent single Move Me. He is managed by Greg Burnell and Cillian Farrell at the newly-launched Palm Artists.

To read the exclusive interview with the publishing and management team behind Octavian pick up the latest issue - or subscribers can click here. To subscribe and never miss a big industry story click here.