'He is a truly unique and unconventional composer': Decca Publishing signs Clint Mansell 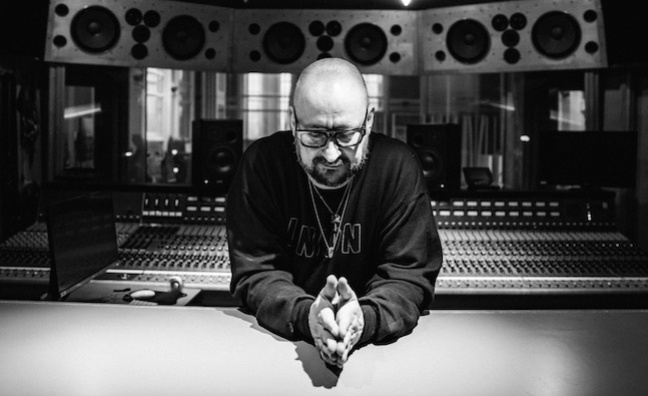 Mansell and Decca Publishing will work on new creative projects and collaborations across score, live performance and other creative endeavours, as well as maximising opportunities across his catalogue.

Mansell’s collaborative partnership with film director Darren Aronofsky began 20 years ago with his first original score for Pi. In recent years he has also worked  on film and TV projects including scores for Mute, Loving Vincent, Netflix series Black Mirror and Titans.

Out Of The Blue, his first project working with Carol Morley, premiered at London Film Festival and will be released later this year.

For the first time in his career, Mansell’s entire catalogue of musical works and compositions will be published together in its entirety. It will include both his earliest works as frontman of Pop Will Eat Itself, who scored 11 Top 40 hits in the ‘80s and ‘90s, and works published through his own Precision Engineering.

Mansell said: “I wanted to find a publisher who shared my vision - of how I work, of why I work, of the projects I want to be involved with and who can support the new spaces I want to explore. Decca’s approach makes sense for the modern world of composition and creativity. The team there have a bespoke understanding of this space, and a unique enthusiasm for it. I’m really excited about what we can achieve together.”

Natasha Baldwin, EVP, Decca Publishing, said: “We are delighted to welcome Clint Mansell to Decca Publishing. He is a truly unique and unconventional composer with a distinct artistic voice and an unparalleled reputation. It is hugely exciting to be given the opportunity to bring Clint's impressive catalogue all together and support him and his team to shape the next phase of his narrative as a composer.

“We share a collective vision for thinking beyond traditional genre boundaries and for re-defining what it means to be a composer and we are excited to open up new creatives outlets to expose his remarkable talent to new audiences.”

Mansell’s catalogue contains more than 650 original copyrights, which have been sampled by more than 40 artists, including A$AP Rocky, Bastille and Paul Oakenfold.