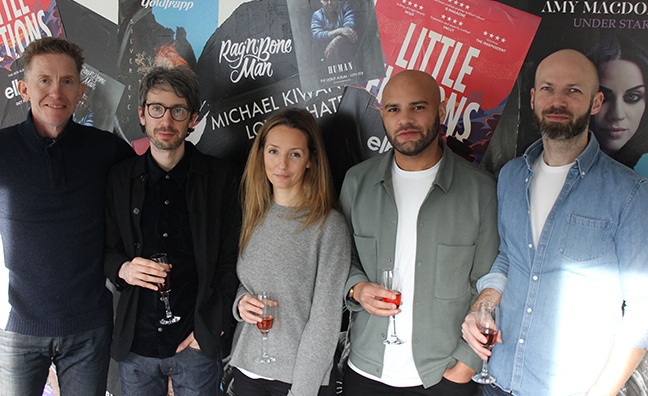 Songwriter and producer Rick Boardman has signed a global publishing deal with Warner/Chappell.

In the latest issue of Music Week, Warner/Chappell MD Mike Smith discusses the signing of Boardman. The deal covers future works by Boardman, who was previously represented by UMPG.

Boardman is the founder of Manchester-based songwriting collective The Six. He’s co-written international hits including including Back To You by Louis Tomlinson feat. Bebe Rexha & Digital Farm Animals, Real Love by Clean Bandit & Jess Glynne and Only You by Cheat Codes & Little Mix.

Boardman said: “I’m delighted to be signing to Warner/Chappell at this really exciting time in my career. I know they’re brilliantly placed to build on everything we’ve achieved to date with The Six & Matter Music, and I’m looking forward to working closely with Paul, Mike and the entire team.”

Paul Smith, creative director of Warner/Chappell Music UK, added: “Rick’s an incredibly talented songwriter who’s had a big impact in the last couple of years in the UK and is making waves internationally. He’s got the knack of tapping into the zeitgeist to produce memorable pop tunes that can also stand the test of time.”

Boardman first found fame as part of the indie-dance band Delphic, whose debut album Acolyte made No.8 in the UK charts in 2010 (79,238 sales – OCC). The band went on hiatus in 2014 and Boardman subsequently founded The Six, the writing team whose other members are: Cleo Tighe, Danny Casio, Pablo Navarro, Sarah Blanchard, David Straaf and Sakima.

Boardman has writing credits on more than 30 tracks, including including All Falls Down by Alan Walker feat. Noah Cyrus, James Arthur’s Empty Space and Love On Me by Galantis & Hook N Sling.