'He's written songs that have been part of the soundtrack of my life': Warner/Chappell signs Bernard Butler 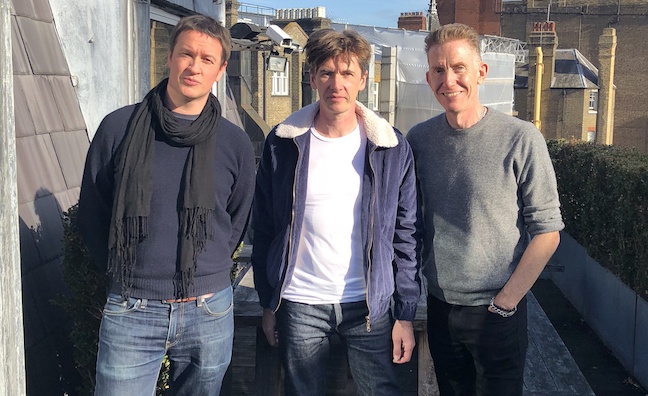 Butler made his name as a member of the band Suede in the early 1990s. Their eponymous album in 1993, co-written by Butler, was the fastest selling debut in almost 10 years and won the Mercury Music Prize. Butler also co-wrote every song on Suede’s follow up album.

Mike Smith, managing director, Warner/Chappell UK, said: “I’m so delighted that Bernard is going to be working with us. He’s written songs that have been part of the soundtrack of my life, and he’s as innovative and exciting today as he’s ever been.”

Butler said: “We met and talked - for a very long time - about music, art, and creative ideas.  From those meetings, it was clear that whilst Mike and Rob could acknowledge the strength of my catalogue, we shared a vision for the future. They can see that I have always been driven by new possibilities. That is what excites me most about our relationship.”

Rob Owen, VP, creative, catalogue and marketing, Warner/Chappell Music UK, said: “I’ve always thought that Bernard is an exceptional talent across so many disciplines: as a musician, a songwriter, a producer and, of course, as an artist in his own right. There’s so much for us to be working on across his back catalogue, but we’re also looking forward to supporting his continuing writing career.”

Following his departure from Suede in 1994, Butler collaborated with singer David McAlmont, releasing two albums and the hit single Yes.

In 1998, Butler released his debut solo album, People Move On, before reuniting with Suede’s Brett Anderson to form The Tears in 2004. His production on Duffy’s eight million-selling debut Rockferry won him 2009’s Best Producer Award at The Brits and Best Producer by the MMF.