'I felt honoured when he chose us': UMPG signs Oscar-nominated composer George Fenton 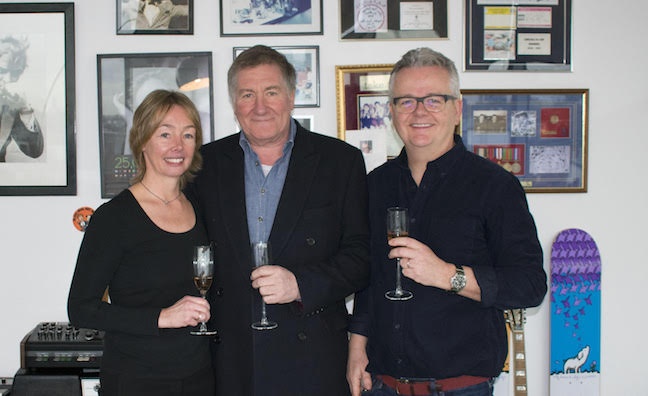 As exclusively revealed in the latest issue of Music Week, Fenton has signed with UMPG through his company, Shogun Music.

The composer has scored hundreds of soundtracks and been nominated for five Academy Awards. His extensive works include Gandhi, Groundhog Day, Cry Freedom, The Madness of King George, Shadowlands and Dangerous Liaisons. His upcoming film score projects include Liam Neeson thriller Cold Light.

Fenton has written music for BBC documentaries includes the Trials of Life, Life in the Freezer, The Blue Planet and Frozen Planet. His nature TV scores have been turned into concert works performed by orchestras worldwide.

As well as the Oscar nods, Fenton has received awards from the Emmys, BAFTAs, Ivors, Classic Brit Awards and BMI Awards.

Fenton said: “I’m excited. Signing with Universal, I was happily anticipating all the benefits of being with a company as large as they are and with as much reach as they have. What I wasn’t at all prepared for was the level of personal involvement. The array of individual talent and commitment that drives the machine. Mike McCormack and everyone in the team in London (and those that I’ve met in LA too) have been so positive and so creative - not only about what’s come before - the catalogue - but also about what’s next. That’s a really great feeling for a writer.”

UMPG UK MD Mike McCormack said: “One of the great moments you get doing this job is that you occasionally meet a few of your idols that you’ve admired from a distance and from meeting them, you’re even more enamoured with their talent than you were just as a fan. Working with George is one of those rare moments. We initially became friends and I was blown away by the volume and quality of the movies, TV and theatre work that he has composed throughout his career.

“I felt honoured when he chose us as his new publishing partner for his company, Shogun Music. The UMPG team looks forward to creating new opportunities for him creatively as well as administering his extraordinary body of work over the past 40 years.”

In his early career, Fenton wrote the music for a variety of popular TV series, including The Jewel in the Crown, The Monocled Mutineer and Alan Bennett’s Talking Heads. He also penned the well-known themes for Newsnight, The Money Programme, Omnibus, Bergerac, and nearly all of the BBC’s news output in the ‘80s and ‘90s.

To read the Music Week interview with Mike McCormack pick up the latest issue - or subscribers can click here. To subscribe and never miss a big industry story click here.