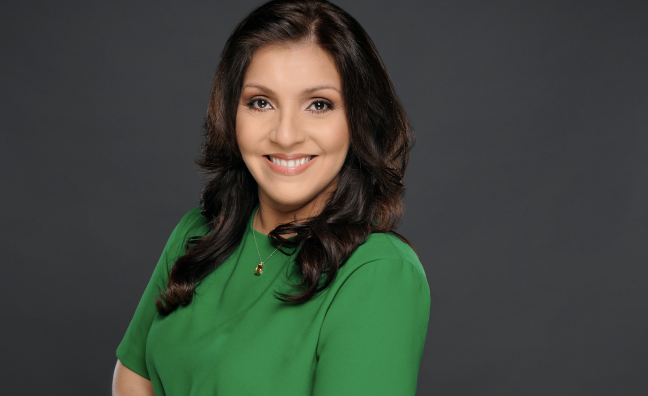 Miami-based Cardona (pictured) joined UMPG in 2007 through the acquisition of BMG Music Publishing and has been responsible for the company’s Latin catalogues, including through both the BMG and Univision Publishing mergers.

In her expanded role, Cardona will oversee administration and marketing in Latin America and be responsible for driving increased exposure of UMPG’s Latin songwriter roster on social channels. She will also work closely with the company’s Global Administration team in Nashville, as well as with UMPG’s North American and European Marketing teams.

“I’ve known her for a long time and her vast experience and outstanding dedication make her an integral asset to our team. I couldn’t be prouder of her achievements and look forward to her continued success.”

With the global growth of Latin music, our ability to maximise opportunities and revenue for our Latin clients is greater than ever

Prior to UMPG, Cardona served as the first-ever director of US Latin operations at BMG Music Publishing. She also produced the first two editions of the SESAC Latina Music Awards.

“With the global growth of Latin music, our ability to maximise opportunities and revenue for our Latin clients is greater than ever," she said. "Under Alexandra’s leadership, UMPG Latin has thrived and I’m so proud to reach this stage of my career as part of her team. I look forward to creating new opportunities for our songwriters while working closely with our global team."